The Apostle and the AG

Attorney General Jeff Sessions defended the Trump administration’s then policy of separating children from their parents at the southwestern border of the United States in a speech in Fort Wayne, Indiana, on June 14 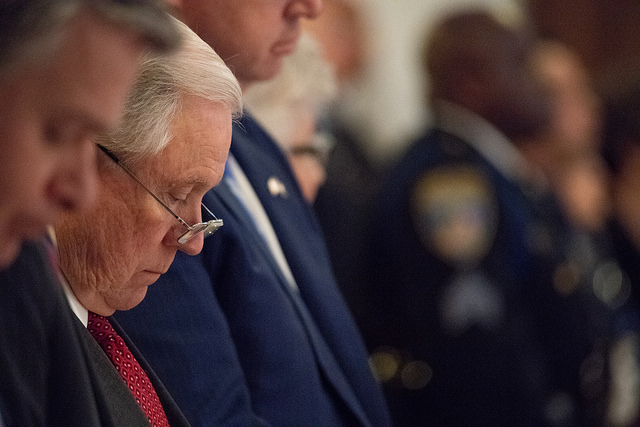 Attorney General Jeff Sessions defended the Trump administration’s then policy of separating children from their parents at the southwestern border of the United States in a speech in Fort Wayne, Indiana, on June 14. Within that speech he made a brief, if strong, appeal to biblical authority that has occasioned discussion in the national press. In support of this administration’s immigration policies and enforcement practices Sessions invoked “the Apostle Paul and his clear and wise command in Romans 13, to obey the laws of the government because God has ordained them for the purpose of order.”

That this speech (for all its castigation of “Democrats,” “the elites and the Washington insiders” for supposedly creating the problem in the first place) responds to criticisms by unnamed “church leaders” (termed “church friends” in the text of the address) is clear from the title given it on the Department of Justice website. The attorney general weaponizes Paul as an ally to disarm such criticism. He even implores these Christian religious leaders and faithful to reverse course and join his team: “My request to these religious leaders who have criticized the carrying out of our laws to also speak up strongly to urge anyone who would come here to apply lawfully, to wait their turn, and not violate the law [sic].”

Insightful commentary was not long in coming, most of which focused on the long history of using “Romans 13” in the U.S. on multiple sides of contested issues, such as the Revolutionary War and debates on slavery (see The Washington Post, The Atlantic, Slate, and New York Magazine). Some noted that Sessions did not refer to the rest of “chapter 13,” which includes Paul’s citation of the love command of Leviticus 19:18—“you shall love your neighbor as yourself”—as “the fulfillment of the entire law” (NIV). Another noted with irony that a contextual reading from the other direction would have to reckon with Romans 12:13 and its appeal to practice “hospitality” (philoxenia).

What these articles point to is that there are more than two “Romans 13s”—not only the two parts to the chapter that are often played against one another (verses 1-7 and 8-14), but also divergent interpretations of each and of their combination. This part of Paul’s argument in his lengthy missive to the Christians at Rome in the late 50s is itself a complexly contextual—and perhaps deliberatively ambiguous—one, and the history of its interpretation has reconciled the text with any number of positions vis-à-vis worldly regimes of power, from acquiescence and obedience to subversion and rebellion. So much for what Sessions characterizes to his audience of law enforcement officers in Indiana as the apostle’s “clear command”!

One might suppose that this is yet another instance of “literal” biblical interpretation that takes texts out of context. But what no commentators yet seem to have realized is that the passage invoked by Sessions—the first half of what he terms “Romans 13”—does not in fact contain the words “law” or “order” or “government,” so what he offers is hardly a “literal” reading. Here is the text:

Let every person be subordinate to the powers that are set over them. For there is no power except what comes from God, and the powers that be are set in place by God’s command. Therefore, the one who acts in opposition is opposing the authority that has been commanded by God, and those who act in opposition will receive judgment in themselves. For those who rule are not a cause of fear for good deeds, but evil ones. If you don’t want to fear the authority, then do what is good and you will have praise from it. For the ruling authority is God’s servant for you for the good. But if you do what is evil, be afraid. For he does not bear the sword in vain. For he is God’s servant of vengeance for wrath against the one who does evil. Therefore it is necessary to be subordinate, not only because of wrath, but because of the conscience. This is why you also pay taxes, for they are public servants devoted for this very purpose. Repay to everyone what they are due—to the one due the taxes, repay the taxes; to the one due the tribute, the tribute; to the one due fear, fear; to the one due honor, honor. Owe no one anything but to love one another … (Romans 13:1-8, my translation from the Greek).

Paul’s argument is about the nature of exousia, or “power, ruling authority.” He refers to this in the plural (hoi archontes) or the singular (exousia referring to the authority wherever vested).  Presumably in writing to the early Christ-believers at Rome he is allusively invoking the relationship between imperium, as power to rule, and imperator, as the ruling emperor (in this case, Nero), and placing both under the divine authorization of his God. In writing this, Paul seems to have been counseling prudent practical accommodation of Christ-believers to Roman authority while also subordinating that instrument of worldly power to divine power and obligation. When he calls on each person to return to others what they are due, a version of Jesus’ “render unto Caesar” argument (Mark 12:13-17 and parallels), the crescendo likely implies that it is only to God—Paul’s God—that honor (time) is due. But even more important, Paul insists,—exegetically there is no basis for a paragraph break between Romans 13:7 and 13:8—is the obligation of love (agape). Paul’s text contains only one “law,” not “the laws of government” (as per Sessions), but the law of love, commanded by his God in Leviticus, as the sole “debt” or “obligation.”

Is Romans 13:1-7 about obedience to “the government,” as Sessions seems to assume? Among contemporary biblical translations (rather than paraphrases), only one, the Common English Bible (2011), says “put themselves under the authority of the government.” But this is simply not a good translation of the Greek exousiais hyperechousais (translated above as “the powers that are set over them”). The most accurate translation of the Greek into English (as often!) remains that of the King James Version (1611): “Let every soul be subject unto the higher powers.” This was changed in the Revised Standard Version (1946) to “the governing authorities,” which was followed by subsequent translations (NIV, NRSV, etc.). These renderings refer not to an institution of “government,” but to the function of rulership. The CEB compounds the error by turning the participle “governing” (which may be ambiguous in English) into the noun “government.” Sessions does not tell his audience which Bible he has in mind for Paul’s “clear command,” but, in any case, no translation accords with his own interpretive paraphrase about “obey[ing] the laws of the government.” And the chapter says nothing about laws being “for the purpose of order.” (Perhaps Sessions has conflated Romans 13 with 1 Corinthians 14:40, “let everything be done decently and in order”?)

Attention to verses 1-5 reveals also the logical contradiction in Sessions’s appeal to Paul. While Paul is mentioned only once in the speech, President Obama and “the previous administration” are mentioned some ten times, each time as agents of the lawlessness the Trump administration seeks to overturn (e.g., “And then there was the time that President Obama used his pen and phone to do something he said he couldn’t legally do.”). But if the apostle’s “clear and wise” message is that “the powers that be are set in place by God’s command,” then Sessions’s own position is undermined, since President Obama himself would also have been an authority “commanded by God,” whose decision is to be obeyed.

Sessions’s slippage about “law” and “government” is meant to elide the issue of singular and plural in political power as vested in the president (and other organs of “government” and its agencies), even as he wishes to claim that “In the Trump administration, we enforce the law.” Paul’s paragraph was not about laws, but persons, persons granted divine authority and authorization that, presumably, would also apply to President Obama (that is, if one were to take “Romans 13” as informing American law and government, as Sessions evidently does). At the same time, Sessions reveals that he himself is subordinate not to the laws of the United States (i.e., fulfilling his own reading of the chosen passage), but to his fealty to a person and a presumption about the will of the American people: “It is not a bad thing, but a good thing that President Trump is keeping his word. We intend to follow the mandate that he has received from the people. I embrace it.”

The Fort Wayne speech is intended to reassure the wavering that “the Trump administration is working to restore legality to the system and undo the damage that was done in the Obama years.” Sessions is inconsistent about whether the laws that exist are merely to be enforced, or if new laws are needed to handle the problem of “illegal immigration,” including a sharp shift in practice—there was, and is, no such law—to separate families at the border. In any case, “Romans 13” does not say one should “obey the laws of the government because God has ordained them for the purpose of order” (as in the Sessions rendering), though it does rather unmistakably say one should pay taxes.

A final Pauline echo in Sessions’s speech is indicative of the attorney general’s particular brand of civic religion. Where Paul intoned, “I am not ashamed of the gospel” (Romans 1:16), Sessions declares, “I’m not ashamed of the United States of America.” 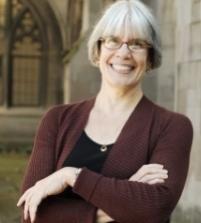