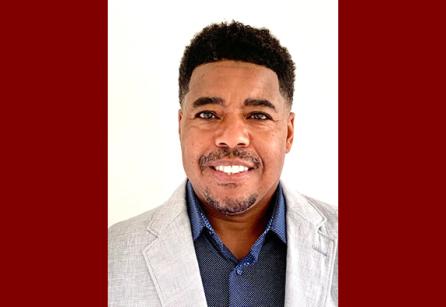 When the U.S. House of Representatives began its impeachment inquiry into abuses of power by President Donald Trump, political commentators warned the country was in a “genuine” constitutional crisis. The claim emerged, in part, from divergent interpretations of the Constitution, the scope of presidential power, its abuse, and congressional oversight.

Disputes over constitutional interpretation and authority date back to the nation’s founding, when African Americans and women were an invisible presence during debates on governance. Primarily through the Reconstruction Amendments, Congress created a pathway for African Americans to obtain citizenship and voting rights (for Black men). This set the stage for all women and immigrants to achieve legal rights as well. But the ongoing “crisis” of constitutional interpretation and application of law started after the Civil War and continues to loom large in contemporary debates on social justice.

The rise of white nationalism and political fundamentalism in the U. S. underscores the need to reevaluate constitutional theory and rights-based approaches to obtaining justice. Continuing debates over abortion and voting rights further deepen the divide over the interpretative lens through which jurists and non-legal scholars come to understand law and how best to apply it.

By exploring Critical Race Theory, African American biblical hermeneutics, and uses of the Constitution in Black political writings, Johnson frames recent debates of the suggested “constitutional crisis” as a failure of political imagination and a manifestation of bad faith among scholars and activists who read the Constitution as scripture.

Terrence L. Johnson is Associate Professor of Religion and Politics in the Department of Government at Georgetown University, where he is Chair of the Political Theory subfield. He is an affiliate faculty member of the Department of African American Studies and a senior faculty fellow at the Berkley Center for Religion, Peace and World Affairs.

Johnson is the author of We Testify with Our Lives: How Religion Transformed Radical Thought From Black Power to Black Lives Matter (Columbia University Press, 2021) and Tragic Soul-Life: W.E.B. Du Bois and the Moral Crisis Facing American Democracy (Oxford University Press, 2012). He is the co-author of the forthcoming Blacks and Jews: An Invitation to Dialogue (Georgetown University Press, 2021). He is currently completing a new book project that explores the Reconstruction Amendments and debates on originalism through the lens of African American biblical hermeneutics and Black existentialism. The developing manuscript, The Law of Race and Public Religions, is under contract with Columbia University Press.

A graduate of Morehouse College, Johnson received his M.Div. from Harvard Divinity School and Ph.D. from Brown University. He is an ordained itinerant elder in the African Methodist Episcopal church.