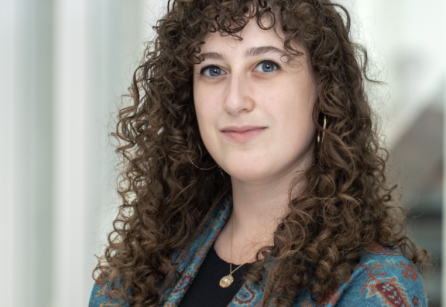 Join us for a public lecture by Rachel Schine: "Racing Time: Chronologies of Black Muslim Belonging in Arabic Epics"

How do racialized icons of popular culture index Muslim ideas of history and belonging? Several Arabic epics (siyar sha‘biyya), contain Black protagonists who are assigned unique origin stories and legacies of involvement in Islam’s expansion. This talk will analyze their roles in the racial imaginaries of popular tales that proliferated from the 12th century onward across the Middle East and North Africa through oral and written traditions. In particular, it will consider the (re)production of race as a function of narrative time. Using the famed frontier narrative Sīrat Dhāt al-Himma, I explore how techniques of racialization are bound up with chronology, marking the transition between the pre-Islamic period and the coming of Islam to the communities in the text and paving the way for the emergence of new modes of social mobility, kinship, relationality, and ultimately new heroic visages. In assessing the progression of racialized time in popular epic, I demonstrate how emergent legal and social systems that crystallized in Islam’s early centuries are used in Arabic storytelling to imagine the ummah, or Muslim world-community, as well as to reify divisions within it. These storytelling patterns weave aspirational histories of Islam in which visibilized others are always already being assimilated into religiopolitical structures within the world of the text, and are thus able to be so in the everyday.

Rachel Schine earned her PhD in Near Eastern Languages and Civilizations from the University of Chicago and is currently a postdoctoral research fellow in the humanities at NYU, Abu Dhabi. She previously served as a postdoctoral associate and instructor of Arabic literature and culture at the University of Colorado, Boulder in the Department of Asian Languages and Civilizations. Her current book project explores the origins, literary functions, and social histories of Black protagonists in Arab-Islamic popular literature. She has published on topics relating to racialization and kinship in Muslim storytelling practices in, among others, the Oxford Research Encyclopedia of Literature, the Journal of Arabic Literature, and al-‘Uṣūr al-Wusṭā: The Journal of Middle East Medievalists, and on pedagogies of premodern race in a variety of anthologies and public-facing forums.