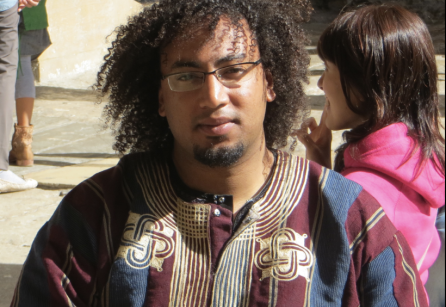 Based on the forthcoming book of the same title, this talk will examine and compare the epistemologies of two of the most popular West African intellectual traditions: Tijani Sufism and Ifa. Employing theories belonging to the traditions themselves and contemporary oral and textual sources, it examines how these traditions answer the questions: What is knowledge? How is it acquired? and How is it verified? Or more simply: “What do you know?,” “How did you come to know it?,” and “How do you know that you know?” After analyzing each tradition separately, and on its own terms, it compares them to each other and to certain features of Western theories of knowledge.

Oludamini Ogunnaike is an Assistant Professor of African Religious Thought and Democracy and the University of Virginia, where he teaches courses on African religious traditions, including Islam, Sufism, Islamic Philosophy and Art, Yoruba Religions, and Religion and Society in Nigeria. Prof. Ogunnaike's research examines the philosophical and artistic dimensions of postcolonial, colonial, and pre-colonial Islamic and indigenous religious traditions of West and North Africa, especially Sufism and Ifa. His research falls into two general areas: the intellectual history and literary studies of the Islamic and indigenous traditions of West Africa (redressing the general neglect of Sub-Saharan Africa as an important center of Islamic scholarship and literary production and the neglect of the intellectual dimensions of indigenous African religious traditions), and employing the insights and ideas from these traditions to contribute to contemporary philosophical debates relevant to a variety of disciplines.

He is completing work on two book manuscripts — "Deep Knowledge: Ways of Knowing in Sufism and Ifa, Two West African Intellectual Traditions" (Penn State University Press) and "Poetry in Praise of Prophetic Perfection: West African Madīḥ Poetry and its Precedents" (Islamic Texts Society). He has also begun work on another project comparing and contrasting the work and decolonial projects of Frantz Fanon and Amadou Hampâté Bâ who represent two distinct and important traditions in Black Atlantic and global decolonial thought. He also writes and does work on the Philosophy of Religion, African Philosophy, Anthropology, Decoloniality, Race, and Imperialism.