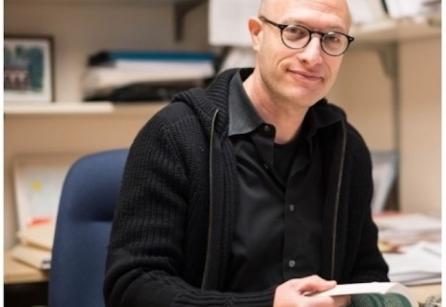 A German Jewish Time tells the story of a group of twentieth-century Jewish intellectuals who grappled ceaselessly with concepts of time and temporality. The project brings into dialogue key thinkers, including the philosopher of religion Martin Buber, the critical theorist Walter Benjamin, the political scientist Hannah Arendt, and the poet Paul Celan, who stand at the center of our contemporary understanding of religion, critical theory, politics, and literature. All four, and many colleagues around them who identified with their approaches saw time—not space—as the key to their individual and collective experience, rejecting definitions of self based on borders, territory, or geographic/national origin.

Nitzan Lebovic received his B.A. in History and Theory of Literature from Tel Aviv University and his Ph.D. from UCLA. His first book, The Philosophy of Life and Death: Ludwig Klages and the Rise of a Nazi Biopolitics (2013) focuses on the circle around the Lebensphilosophie and anti-Semitic thinker Ludwig Klages. His second book, Zionism and Melancholy: The Short Life of Israel Zarchi, came out in Hebrew in 2015 and was published in June 2019 with the "New Jewish Philosophy and Thought" series at Indiana University Press. He is also co-editor of The Politics of Nihilism (2014) and of Catastrophes: A History and Theory of an Operative Concept (2014), and has edited special issues of Rethinking History (Nihilism), Zmanim (Religion and Power), The New German Critique (Political Theology), Comparative Literature and Culture (Complicity and Dissent), and Political Theology (Prophetic Politics).