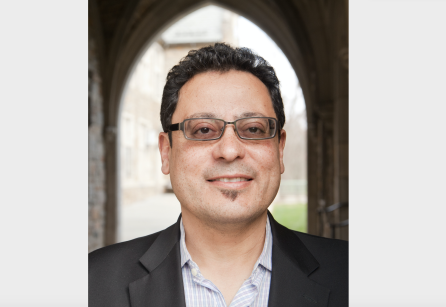 "Rethinking Colonial Time: Zapotec Cosmology and the Local Politics of the Universe," a public lecture by David Tavárez, will be held on Tuesday February 18th at 4:30pm in the Swift Common Room.

After the most ambitious campaign against Indigenous religions in the colonial Americas, 40 Zapotec towns surrendered 102 divination manuals and several ritual songs in 1704-05. This corpus, which focused on the 260-day divinatory count, provides extraordinary access to the cosmology and ritual labor of colonial Mesoamerican communities, as preserved in secrecy by and for ritual specialists. My presentation summarizes results from the first full historical and linguistic analysis of this corpus, and focuses on two important findings: Zapotec theories about the structure and interdigitation of time and cosmos, and the practice and politics of colonial ancestor worship. These two subjects, lead, in turn, to two broader themes: an initial “conquest of time" that yielded to multiple time epistemologies; and a reflection, via Michel de Certeau's work on mysticism, on the lack of commensuration between Indigenous and Christian sacred domains.

David Tavárez (AB, Harvard College; PhD, History and Anthropology, University of Chicago) is Professor of Anthropology at Vassar College. He is a historian of Mesoamerica  and a linguistic anthropologist whose research focuses on Indigenous religions, calendars and ritual practice, native Christianities, colonial Nahuatl and Zapotec sources, campaigns against idolatry, and Indigenous intellectuals. Besides over 45 peer-reviewed articles and chapters, he is the author of The Invisible War (Stanford, 2011), editor of Words and Worlds Turned Around (Colorado, 2017), and co-author of Chimalpahin's Conquest (Stanford, 2010) and Painted Words (Dumbarton Oaks, 2017). His research, which includes ongoing projects on Zapotec cosmology and Nahua humanism, has been funded by grants from the Guggenheim Foundation, NEH, NSF, and the Mellon Foundation.