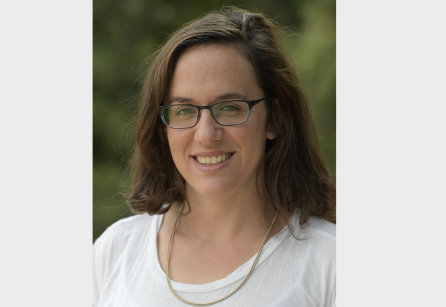 A public lecture by Avigail Manekin-Bamberger: "Scholastics, Scribes, and Sorcerers: Toward a New History of Rabbinic Judaism in the Sasanian Empire" will take place on Tuesday, January 21, at 4:30pm in the Swift Hall Common Room (1st floor).

Avigail Manekin-Bamberger is a postdoctoral fellow at the Martin Buber Society of Fellows at the Hebrew University of Jerusalem. Her research focuses on the social and cultural history of Jews in antiquity, with a special emphasis on Jewish society in the Sasanian Empire. Her recent book manuscript examines intersections between law and magic in ancient Jewish texts. She has also published articles on various aspects of rabbinic literature, ancient Jewish magic and demonology and ancient Jewish culture within its broader context. She is currently working on a synthetic social history of the Jews in the Sasanian empire focusing on the daily life of Jewish individuals, the scope of rabbinic authority over popular Jewish groups, and the boundaries between Jewish and Christian communities.

Abstract: The Babylonian Talmud is the principal surviving literary source for the Jewish communities in the Sasanian empire. As a result, scholarship has primarily focused on the rabbinic elite represented in and responsible for the Talmud. However, hundreds of Jewish magical amulets written on bowls provide access to the unknown lives and practices of Jews in the very cities in which the Babylonian rabbis flourished; since their discovery the bowls have largely been relegated to the domain of a “popular” and “syncretistic” culture. I argue that this dichotomy between the world of the rabbis and that of the bowls is artificial and ultimately untenable and that they provide a rare vantage point from which to enrich our knowledge of both rabbinic law and practice, ancient Jewish society, and the place of the rabbis within it.