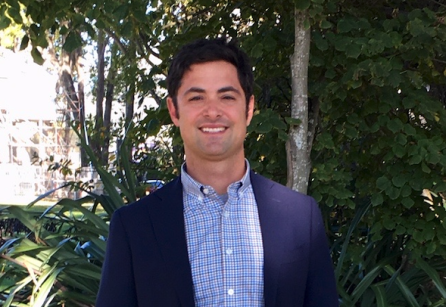 Benjamin Schonthal will deliver a public lecture via Zoom on November 9 at 5pm CST as part of our onoing series of lectures on topics in Theravada Buddhism. This series is supported through a generous gift by Mr. Jun Zhou.

Historians of law and religion often underscore the defining influence of colonial officials in shaping, even inventing, regimes of ‘Hindu law’ and ‘Muslim law’ in Asia. Can the same be said about Buddhist law? In this talk, I draw on a collection of Sinhala and Pāli monastic legal texts from nineteenth-century Ceylon/Sri Lanka to offer another perspective. I hope to explain why developments in Buddhist legal practice were not so much products of European adulteration as the outcomes of deliberate and proactive innovation by Buddhist monastic lawmakers as well as the outgrowths of a more general atmosphere of 'inter-legality.'

Benjamin Schonthal is Professor of Buddhism and Asian Religions and co-Director of the Otago Centre for Law & Society at the University of Otago, in Aotearoa/New Zealand. Ben’s research examines the intersections of Buddhism, law and politics in South and Southeast Asia. He is the author of Buddhism, Politics and the Limits of Law (Cambridge University Press 2016) and co-editor (with Tom Ginsburg) of Buddhism and Comparative Constitutional Law (forthcoming). He is currently completing a new monograph, Law’s Karma, which examines the development, operation and politics of “Buddhist law” in late- and post-colonial Sri Lanka. Ben received his Ph.D. in the History of Religions at the University of Chicago in the days when zoom referred to something you did with a  camera.