The Archbishop Wears Prada: Heavenly Bodies and the US Racial Imagination 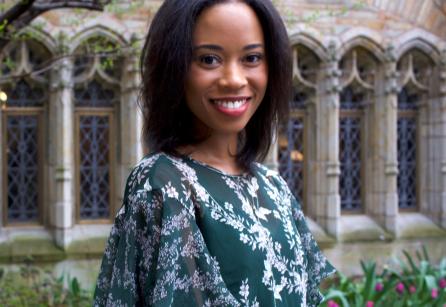 Please join us for a public lecture by Alexia Williams: “The Archbishop Wears Prada: Heavenly Bodies & the U.S. Racial Imagination.”

Attracting 1.7 million visitors and spanning 60,000 square feet of exhibition space, Heavenly Bodies: Fashion and the Catholic Imagination remains the most popular installation in the history of the Metropolitan Museum of Art. The exhibit explored the religious imagination inherited by fashion designers who were raised in the Roman Catholic tradition. However, in celebrating the material and visual religion that inform the Catholic imagination—that is, the distinctly Catholic sensibility for interpreting the world through enchanted objects—the fashions on display exposed the hold that Roman Catholicism maintains on the secular imagination. This lecture will explore the exhibit’s sacred objects alongside the fashions worn by celebrities at the Met ball to understand the exchanges of secular and religious authority mediated by the Met’s collaboration with the Vatican. We will consider how Catholicism becomes racialized, interpreted and presented for public consumption in ways that conceal the Church’s legacies of colonialism and imperialism in the West.

Alexia Williams is Assistant Professor of Religion and African American Studies, University of Illinois Urbana-Champaign. She is the winner of the Divinity School's 2021 Race and Religion Essay Contest.