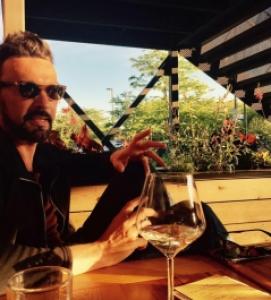 William T.S. Mazzarella writes and teaches on the political anthropology of mass publicity, critical theory, affect and aesthetics, psychoanalysis, ritual and performance, and the occult shadow of the modern. His books include Shoveling Smoke: Advertising and Globalization in Contemporary India (Duke, 2003), Censorium: Cinema and the Open Edge of Mass Publicity (Duke, 2013), The Mana of Mass Society (Chicago, 2017), and, with Eric Santner and Aaron Schuster, Sovereignty, Inc: Three Inquiries in Politics and Enjoyment (Chicago, 2020). He is also the co-editor, with Raminder Kaur, of Censorship in South Asia: Cultural Regulation from Sedition to Seduction (Indiana, 2009), and the editor of K D Katrak: Collected Poems (Poetrywala, 2016). His article 'The Anthropology of Populism: Beyond the Liberal Settlement' appears in the 2019 issue of Annual Review of Anthropology. For a sampling of Dr Mazzarella’s publications, please visit his academia.edu profile.