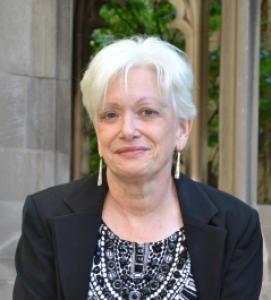 Faculty Professor Emerita of the History of Christianity and Theology; also in the College

Susan Schreiner is an historian of early modern Europe (14-16th centuries). Her research and teaching interests include the Protestant Reformation, early modern Catholicism, and the Renaissance; in addition, her teaching interests extend to twentieth-century Protestant theologians, including Jacques Ellul, Reinhold Niebuhr, Langdon Gilkey, Dietrich Bonhoeffer, and Karl Barth. Her first book, The Theater of His Glory, examined John Calvin’s understanding of creation, providence, and the created order. Her second book, Where Shall Wisdom be Found? Calvin’s exegesis of Job from medieval and Modern Perspectives analyzes the history of the interpretation of Job in such figures as Gregory the Great, Maimonides, Thomas Aquinas, John Calvin, and modern figures such as Jung, MacLeish, and Kafka. Her most recent book, Are You Alone Wise? The Search for Certainty in the Early Modern Era, focuses on the various epistemological and theological debates from Ockham to Shakespeare, including Luther, Zwingli, Calvin, Münzter, Franck, Hubmaier, Teresa of Avila, Montaigne and Shakespeare.

Her courses include Readings in Luther; Luther and the Old Testament; Calvin’s Institutes; Renaissance and Reformation; The Problem with Time; Seminar: Luther, Montaigne, and Shakespeare; and Early Modern Catholicism as well as Idolatry: Historical and Contemporary analyses of the concept of idolatry; Suffering and the Exegesis of the Book of Job and The Tragic Vision of Life.

Professor Schreiner was a 2018 recipient of a Faculty Award for Excellence in Graduate Teaching and Mentoring.