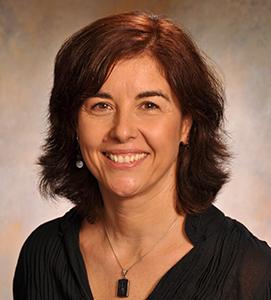 Faculty Associated Faculty; Professor of Classics and Near Eastern Languages and Civilizations

Prof. Torallas-Tovar’s areas of specialization are Greek and Coptic papyrology and the study of Greco-Roman and late-antique Egypt.  She works at the crossroads between the material study of written objects—papyri, ostraca, mummy labels, and inscriptions—and the analysis of the information provided by the wealth of Egyptian documentation.  On the one hand, she has numerous editing projects in Greek, Coptic, and Latin, such as the Coptic versions of the Gospel of Saint Mark, the papyri of Montserrat, the ostraca of Syene, or the re-edition of the magical handbooks on papyrus.  On the other, her work in cultural studies covers the sociolinguistic situation in Greco-Roman Egypt, Philo of Alexandria and the Jewish communities in Egypt, the transition from pre-Christian to Christian burial practices, and early Coptic monasteries.