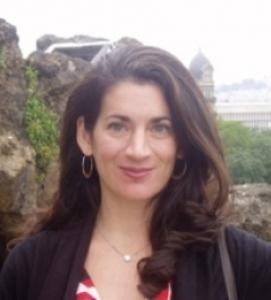 Faculty Professor of Religion and Literature, Philosophy of Religions and History of Judaism; also in the College

Sarah Hammerschlag is a scholar in the area of Religion and Literature. Her research thus far has focused on the position of Judaism in the post-World War II French intellectual scene, a field that puts her at the crossroads of numerous disciplines and scholarly approaches including philosophy, literary studies, and intellectual history. She is the author of The Figural Jew: Politics and Identity in Postwar French Thought (University of Chicago Press, 2010) and Broken Tablets: Levinas, Derrida and the Literary Afterlife of Religion (Columbia University Press, 2016) and the editor of Modern French Jewish Thought: Writings on Religion and Politics (Brandeis University Press, 2018). The Figural Jew received an Honorable Mention for the 2012 Jordan Schnitzer Book Award, given by the Association of Jewish Scholars, and was a finalist for the AAR’s Best First Book in the History of Religions in 2011. She has written essays on Jacques Derrida, Emmanuel Levinas and Maurice Blanchot which have appeared in Critical Inquiry, Jewish Quarterly Review and Shofar, among other places. She is currently working on a manuscript entitled “Sowers and Sages: The Renaissance of Judaism in Postwar Paris. Her most recent book is Devotion: Three Inquiries in Religion, Literature and Political Imagination (2021), co-written with Constance Furey and Amy Hollywood.