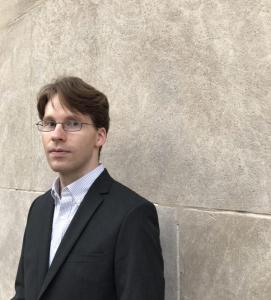 Ryan is an Anthony C. Yu Doctoral Student Fellow in the Divinity School, and he studies how Platonic and Christian thought impact modern literature, aesthetics, and criticism.  He received his bachelor's degree from Brigham Young University in 2014 and his master's degree from the University of Chicago in 2016.

I study the histories of Platonic and Christian thought and their impact on modern literature, aesthetics, and criticism with special attention to the social, political, and ecological implications of religion and culture.  I am particularly interested in the modern critique of metaphysics and am currently preparing a dissertation proposal focused on Jacques Derrida’s notion of a "materialism without substance."

Why study religion? / Why is what you study important?

Jacques Derrida is interesting here because of his attention to the politics of religious and cultural difference across his career.  In fact, it is hard not to catch on to this, even when his writings focus on abstract problems like temporality.  I want to understand how this works.

During my undergraduate studies, my early and inherited interest in religion took a sharp turn, and I strongly felt a need to understand religion as well as I possibly could.  A good friend recommended that I pursue graduate studies in religion.  I came to the University of Chicago Divinity School so that I could openly ask questions about religion and have them taken seriously.  The path towards my doctoral studies opened up when I was introduced to the writings of Jacques Derrida and found that they spoke to my questions without reducing their complexity.

To anyone interested in criticism, critique, aesthetics, and their potential relationships with religion, I would warmly recommend Professor Rosengarten’s “History of Criticism” sequence.  Professor Rosengarten is thoughtful in his instruction and highly responsive to students and their interests in his questioning.  The syllabus is carefully designed and facilitates both preparation for the RLVC 1 exam and general acquaintance with important genealogical relationships from Plato to Kant.