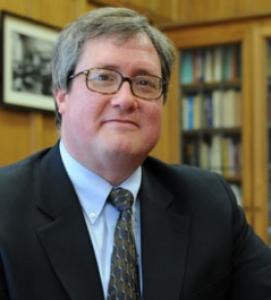 Faculty, Staff Associate Professor of Religion and Literature; Director of Doctoral Studies; also in the College

Richard Rosengarten studies Enlightenment thought and its import for religious (especially Christian) thought and practice.  His teaching and research focus on how modern literary forms (especially the novel, but also satire and autobiography) enact, absorb, engage, and transform that impact, and on how the work of  “criticism”  – in its literary, biblical, and philosophical expressions – comes to have exponential import for thought and culture.  Understanding religious thought and practice from the perspective of the Enlightenment inevitably involves engagement of earlier thought (especially the ancients) as well as the history of its effects (“modernism” and its aftermaths).  His book on the novelist Henry Fielding is thus framed by engagements with Augustine’s Confessions and Faulkner’s Absalom, Absalom!, and his forthcoming book on Catholicism between the Vatican Councils compares the ways that Flannery O’Connor, Frida Kahlo, and Simone Weil engaged Roman Catholic sacramental theology as crucial to the formation of their artistic styles (in prose fiction, retablo, and essai, respectively) for modernity.

Rosengarten has made a significant commitment to administrative work in his professional life, including, in the Divinity School, serving as Dean of Students (1991-2000) and as Dean (2000-2010, 2015-17).  He has been active as an accreditor for the Association of Theological Schools and as Secretary (1995-1998) and then Vice Chair and Chair (1999-2005) of the Council on the Graduate Study of Religion.