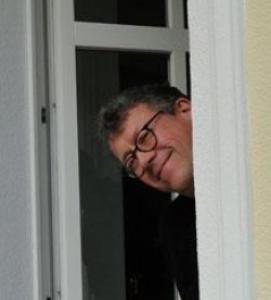 Faculty Associated Faculty; Ludwig Rosenberger Distinguished Service Professor of the Humanities and of Music and the College; Chicago Center for Jewish Studies;

Prof. Bohlman is an ethnomusicologist particularly interested in exploring the interstices between music and religion, music, race, and colonial encounter, and music and nationalism. The study of Jewish music in modernity has provided a primary focus for his research for four decades, and since 1998 has provided the context for his activities as a performer, both as the Artistic Director of the New Budapest Orpheum Society, and in stage performances with Christine Wilkie Bohlman (the College) of works for piano and dramatic speaker created during the Holocaust. With the New Budapest Orpheum Society, Phil has released four CDs, most recently As Dreams Fall Apart: The Golden Age of Jewish Stage and Film Music, 1925–1955 (Cedille Records 2014), which in 2016 was nominated for a Grammy Award. His work in historical performance has been recognized with the Noah Greenberg Award from the American Musicological Society and the Donald Tovey Prize from Oxford University. Since 2008, Phil has been conducting research in India, especially in Kolkata, Varanasi, and rural West Bengal.

Since 2009, Phil has taught and conducted workshops in Germany at the University of Hildesheim and the Hochschule für Musik, Theater und Medien Hannover, where he is also an Honorary Professor. His works include the first edition of Music, Nationalism, and the Making of the New Europe, which received the Derek Allen Prize for Musicology from the British Academy; “Analysing Aporia," which received the 2013 Jaap Kunst Prize from the Society for Ethnomusicology; the edited volume, The Cambridge History of World Music, which received the 2015 Bruno Nettl Prize from the Society for Ethnomusicology; and co-edited volume, Jazz Worlds / World Jazz, which received the Roth Solie Award from the American Musicological Society; and recent publications including Heiner Müller and Heiner Goebbels’s Wolokolamsker Chaussee (Bloomsbury 33 1/3, 2021), World Music: A Very Short Introduction (2nd ed., Oxford University Press 2020), Wie sängen wir Seinen Gesang auf dem Boden der Fremde! (LIT Verlag 2019), Song Loves the Masses: Herder on Music and Nationalism (with J. G. Herder, University of California Press 2017), and edited volumes Resounding Transcendence: Transitions in Music, Religion, and Ritual (with Jeffers Engelhardt; Oxford 2016), Jazz Worlds / World Jazz (with Goffredo Plastino; Chicago 2016), and Sounding Cities: Auditory Transformations in Berlin, Chicago, and Kolkata (with Sebastian Klotz and Lars-Christian Koch; LIT Verlag 2018). With Federico Celestini, he is coeditor of Acta Musicologica, the journal of the International Musicological Society. He is a Fellow of the American Academy of Arts and Sciences, and a Corresponding Fellow of the British Academy. In 2019, the Romanian National University of Music Bucharest awarded him the degree of Doctor honoris causa.