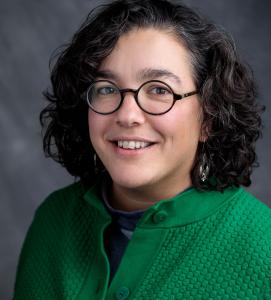 Na'ama Rokem works on Modern Hebrew and German-Jewish literature. Her first book, Prosaic Conditions: Heinrich Heine and Spaces of Zionist Literature (Northwestern University Press, 2013) argues that prose - as a figure of thought, a mode and a medium - played an instrumental role in the literary foundations of the Zionist revolution. Her current book project documents a network of letters between German-Jewish and Hebrew authors (including Franz Kafka, Paul Celan, Hannah Arendt, Yehuda Amichai, Leah Goldberg, and Dan Pagis), focusing on language mixing and self-translation.

Additional current projects include the Neubauer collaborative research project The Quest for Modern Languages, and a curriculum and public history project centered on the Oak Woods Cemetery in Woodlawn, Chicago, which has been funded by the NEH and the University of Chicago Women's Board.

Rokem teaches undergraduate and graduate courses on modern Jewish literature and thought, including, in the academic year 2022-2023, a graduate seminar on Art and Politics in Hannah Arendt's Thought, and a signature course on Jewish Graphic Narrative: Between Caricature and Memory.