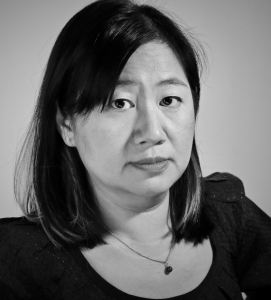 Faculty Associated Faculty; Associate Professor of Anthropology and Social Sciences in the College

Julie Y. Chu is a sociocultural anthropologist with interests in mobility and migration, economy and value, ritual life, material culture, media and technology, and state regulatory regimes. Her book, Cosmologies of Credit: Transnational Mobility and the Politics of Destination in China (Duke University Press, 2010), received the 2011 Sharon Stephens Prize from the American Ethnological Society and the 2012 Clifford Geertz Prize from the Society for the Anthropology of Religion. It was also shortlisted for the 2011 Gregory Bateson Prize from the Society of Cultural Anthropology.  Her current writing project is entitled The Hinge of Time: Infrastructure and Chronopolitics at China's Global Edge. Based on three years of fieldwork largely among Chinese customs inspectors and transnational migrant couriers, this work will analyze the various infrastructures in place (legal-rational, financial, cosmic, piratical) for managing the temporal intensities and rhythms of people and things on the move between Southern China and the United States. A graduate of NYU’s Program in Culture and Media, she is also currently completing video projects related to her fieldwork as well as developing a new ethnographic focus on Chinese soundscapes, especially in relation to the changing qualities and valuations of the Chinese concept of renao (热闹, a bustling scene, social liveliness or, literally, “heat and noise”).