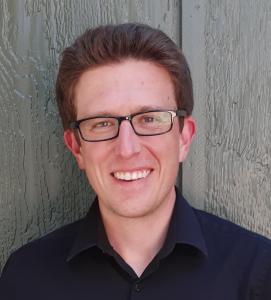 Joseph Haydt is a historian of modern philosophy and religious thought. His research examines how these domains provoke, respond to, and achieve expression within works of poetry and literature. In 2021–2022, he was awarded a William Rainey Harper Dissertation Fellowship, and his work has been funded by the Fulbright Program and the Irish Research Council. He received PhDs in Germanic Studies and Theology from the University of Chicago in 2022.

His current book project examines approaches to divine revelation in the Age of Goethe. It draws on philosophical theology, literary history, and recent appraisals of German Idealism to investigate philosophical presuppositions in the religious thought of Immanuel Kant, J.G. Fichte, and G.W.F. Hegel, as well as the poetic and scientific work of Johann Wolfgang von Goethe. The book argues that the reception of divine revelation in this period turns on a constellation of philosophical positions regarding the finitude of human reason. When viewed in tandem, the concepts of revelation and rational finitude illuminate the reciprocity of literature and philosophy in 18th-century debates about religion. Additional articles in preparation include a comparative study of rhetorical questions in Lessing's Education of the Human Race and Goethe's Iphigenia on Tauris and an essay on authorial ambiguity and aphoristic form in Benjamin Franklin's Poor Richard's Almanack and Autobiography.

As an instructor of German, Ancient Greek, and intellectual history, he endeavors to make intricate concepts accessible to students through close engagement with literary texts and other media. His course offerings in 2022–2023 include "Greece & Rome: Texts, Traditions, and Transformations," "Poetry and the Human: Crisis, Performance, Politics," and a seminar on cultural and religious collapse entitled "Nietzsche, European Culture, and the Death of God."