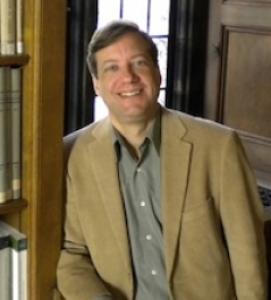 David Schloen specializes in the archaeology and history of the ancient Levant (Syria and Palestine) from ca. 3000 to 300 BCE. He has a longstanding interest in Canaanite and Israelite religion and culture, and the relevant biblical and archaeological evidence, which emerges in a book he is currently writing on The Bible and Archaeology: Exploring the History and Mythology of Ancient Israel. He directs archaeological excavations in Israel and Turkey, in which Divinity School students are welcome and have regularly participated—especially in the work at a Canaanite and Phoenician site called Tell Keisan, near Haifa (http://keisan.uchicago.edu). In addition to research and publications related to these excavations, Schloen has a general interest in understanding economy and society in the ancient Mediterranean and Middle East. He is especially concerned with the interaction between mundane social and economic practices, of the kind studied by archaeologists, and the symbols and metaphors of social order evident in ancient iconographic and textual sources such as the Bible—symbols which both shaped, and were shaped by, those practices. His book on The House of the Father as Fact and Symbol is an effort in this direction and he is working on a companion volume that examines the sweeping economic and ideological changes of the “Axial Age” in the first millennium BCE, in ancient Israel and elsewhere, as patrimonial royal economies gave way to the vast empires of the Persians, Greeks, and Romans.