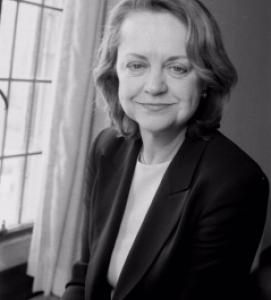 Faculty Professor of the Philosophy of Religions; Edward Carson Waller Distinguished Service Professor in the Humanities; also in the College

Françoise Meltzer marshals postmodern critical theories in order to explore representations of the subject. Her first book, Salome and the Dance of Writing, deals with mimesis as evidenced in literary texts that describe painted portraits. In Hot Property: The Stakes and Claims of Literary Originality, she examines the ideas of originality and authorship in a series of case studies from Descartes to Walter Benjamin. Her book on Joan of Arc (For Fear of the Fire: Joan of Arc and the Limits of Subjectivity), undertakes a study of that figure in relation to gendered subjectivity as it is treated in philosophical and literary theoretical discourses. At the Divinity School, she delivered the 1996 John Nuveen Lecture, “The Hands of Simone Weil.” She edited (with David Tracy) a “Symposium on ‘God’” for the journal Critical Inquiry, and, with Jas' Elsner, a book entitled Saints: Faith Without Borders, published by the University of Chicago Press in 2011. Her book Seeing Double: Baudelaire’s Modernity,  published with Chicago in 2011, argues (among other things) that Baudelaire's modernity is largely informed by his obsession with Original Sin. She has written the Introduction to a book collecting the essays of Jacques Derrida published in Critical Inquiry over the years (University of Chicago Press, 2013).

Prof. Meltzer was elected to the American Academy of Arts and Sciences in 2016.

Her latest book, Dark Lens: Imaging Germany, 1945, concerns the bombing of German civilians during the Second World War. It raises the question of human suffering, and is based on a series of unpublished photographs of the 1945 ruins of German cities.