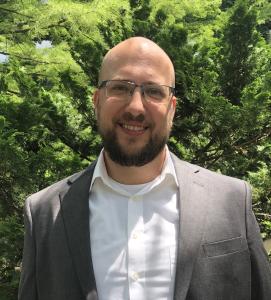 Doren Snoek is a teacher and scholar with expertise in the Hebrew Bible/Old Testament and its ancient Near Eastern cultural, literary, and linguistic contexts. In 2022, he completed his PhD (with honors) in the Department of Near Eastern Languages and Civilizations, where his final year of study was funded by the Joyce Z. and Jacob Greenberg Center for Jewish Studies. Snoek was an early collaborator on the CEDAR Bible project, a digital humanities project, contributing among other things editions of Dead Sea Scrolls fragments.

His monograph project, “Social Memory, Scribalism, and the Book of Chronicles,” critically assesses the place of “memory” in biblical studies, arguing that it is well theorized as a diachronic process in which scribes actively shape culturally available versions of the past through their archival, editorial, and compositional work. This project places in particular focus the biblical book Chronicles (דברי הימים), a Persian-period history of ancient Israel and Judah. It argues that, while Chronicles has often been understood as a commentary on its sources, it offers a representation of Israel and Judah’s past that so breaks from those sources that its very writing created new social and political possibilities. Snoek is also the co-author of a forthcoming chapter on the Priestly sacrificial laws in Leviticus 1–7, and he has written on the Russian invasion of Ukraine. His work under review and in preparation considers together literary and text-critical problems in the Hebrew Bible.

In AY 2022–2023, he will teach Readings in World Literature, Religion: Cosmos, Conscience, and Community, and Parties and Feasting in/as Religion.