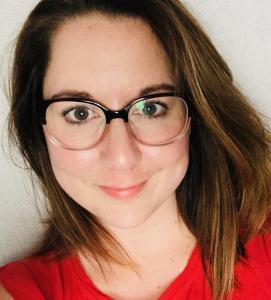 My dissertation, “A Series of Family Resemblances: Interrogating the Public/Private Divide through Hollywood’s American Family,” engages American identity and its mythology. Much of American identity and its corresponding mythology is indebted to the division between the “public” and “private” spheres. The family sits securely on the boundary between the public and private spheres and thus opens up political and ethical questions about American identity such as its claims of tolerance, freedom, and right to privacy. In order to explore the public/private divide and its relationship with the family and American identity, I implement formal film analysis of three Hollywood melodramas from the 1950s, Bigger than Life (1956), Night of the Hunter (1955), and Imitation of Life (1959). Each of the films shows a family facing a particular challenge to American life—right to privacy, source of the moral order, and race relations, respectively. I provide detailed examinations of important scenes in the films and through my film analysis address the political and ethical questions raised in the films by showing how the selected films ventriloquize what is appropriate to each sphere and thus dramatize the relationship of the public to the private as well as the family to American identity.

These films also depict the relationship between religion and the family. The depiction of religion in these films consistently fails to provide a moral order for the private sphere, and so the assumed benevolence and freedom accorded to religious practice leaves the private sphere, particularly the family, vulnerable to violence that the public institutions of law and justice are unable to prevent. I draw upon Stanley Cavell’s philosophy in order to argue these films show that 1950s America needs to reconsider its identity; they vocalize America to America.

I am delighted to be a Martin Marty Center Junior Fellow and part of a program that emphasizes interdisciplinary communication and brings scholarly discourse to the public. As a Junior Fellow, I will have the opportunity to gain feedback from my colleagues in the study of religion about my use of “shot-by-shot” film analysis to make my arguments while simultaneously furthering my commitment to fostering interdisciplinary conversation between these three fields without sacrificing their individual depth or nuance.