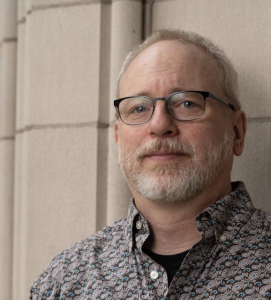 Faculty Associate Professor of the Philosophy of Religions; also in the College; Associate Faculty in South Asian Languages and Civilizations

Dan Arnold is a scholar of Indian Buddhist philosophy, which he engages constructively and comparatively, understanding Buddhist philosophers in conversation with rival Indian philosophers as well as contemporary philosophers. His first book – Buddhists, Brahmins, and Belief: Epistemology in South Asian Philosophy of Religions (Columbia University Press, 2005) – won an American Academy of Religion Book Award. His second, Brains, Buddhas, and Believing: The Problem of Intentionality in Classical Buddhist and Cognitive-Scientific Philosophy of Mind (Columbia, 2012), was awarded the Numata Book Prize in Buddhism. He is nearing completion of an anthology of original translations from Buddhist philosophers of India’s Madhyamaka school, to be published in the series Historical Sourcebooks in Classical Indian Thought. Along with Cécile Ducher and Divinity School alumnus Pierre-Julien Harter, he is editor of a Festschrift in honor of a Divinity School colleague:  Reasons and Lives in Buddhist Traditions: Studies in Honor of Matthew Kapstein (Wisdom Publications, 2019). He has also written a two-part essay extensively engaging William James and (especially) Charles S. Peirce; entitled “Pragmatism as Transcendental Philosophy,” published in two issues of the 2021 volume of the American Journal of Theology & Philosophy. His work has also appeared in the New York Times and the Los Angeles Review of Books,  in refereed journals from Philosophy East & West to Religion, Brain & Behavior, in the Stanford Encyclopedia of Philosophy and in numerous edited volumes.

Prof. Arnold will be holding office hours remotely during Autumn Quarter, with availability Thursdays 2:30-5pm. Contact him directly for an appointment.