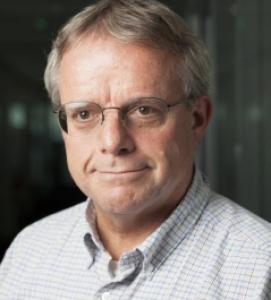 Faculty Associated Faculty; The Edward Olson Professor of Classics in the Department of Classics

Professor Faraone’s research interests focus on Ancient Greek poetry, religion and magic. He coedited (with D. Obbink) Magika Hiera: Ancient Greek Magic and Religion (1991); (with T. Carpenter) Masks of Dionysus (1993); (with D. Dodd) Initiation in Ancient Greek Rituals and Narratives: New Critical Perspectives (2003); and (with Laura McClure), Prostitutes and Courtesans in the Ancient World (2006). He is also the author of Talismans and Trojan Horses: Guardian Statues in Ancient Greek Myth and Ritual (1992); Ancient Greek Love Magic (1999); and The Stanzaic Structure of Early Greek Elegy (2008). His most recent works are Vanishing Acts: Deletio Morbi as Speech Act and Visual Design on Ancient Greek Amulets, Bulletin of the Institute of Classical Studies Supplement 115 (London 2013) and (with Dirk Obbink), The Getty Hexameters: Poetry, Magic and Mystery in Ancient Greek Selinous (2013).

His Transformation of Greek Amulets in Roman Imperial Times appeared in  2019 with the University of Pennsylvania Press and his Hexametrical Genres from Homer to Theocritus in 2021 with Oxford University Press.  With Sofia Torallas-Tovar he is also co-editing a new Greek text and translation of the Greek magical handbooks called The Greco-Egyptian Magical Formularies, a project that has been generously supported by the Neubauer Collegium.  The first volume was published in 2022 and a book of essays generated by the project and also co-edited by Torallas-Tovar will appear this autumn with University of Michigan Press as The Greco-Egyptian Magical Formularies: Libraries, Books and Individual Recipes .  In conjunction with another project at the Neubauer Collegium, he has also co-edited (with I. Polinskaya), Curses in Contexts 3: The Greek Curse Tablets of the Classical and Hellenistic Periods, Papers and Monographs from the Norwegian Institute at Athens 12 (2021) and  (with S. Torallas Tovar) “Curses in Context 4: Greek and Latin Curse Tablets in the Wider Realm of Execrations” as a special issue of Greece & Rome 69 (2021).