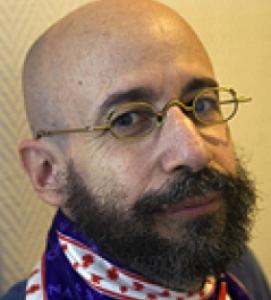 Robert O. Anderson Distinguished Service Professor Emeritus of the Philosophy of Judaism and Philosophy of Religions in the Divinity School; also in the Departments of Philosophy, Comparative Literature, Romance Languages and Literatures

His interests in the history of Judaism are primarily in modern and contemporary Jewish thought, including the relation between Judaism and philosophy in contemporary French thought, the role of practice in Jewish philosophy and the status of moral, political and religious concepts after the Shoah. He has also worked on problems concerning the relations and tensions between theological and cultural conceptions of Jewish identity, and is currently engaged in a study of thinkers who have tried to combine traditional Jewish learning with modern philosophical ideas. A focus of his current work concerns the history of attempts to derive philosophical and theological conclusions from Halakhic argumentation.

He is the author of The Emergence of Sexuality: Historical Epistemology and the Formation of Concepts. He has edited and written an introduction to Pierre Hadot's Philosophy as a Way of Life: Spiritual Exercises from Socrates to Foucault (of which he is also editor of the French edition), and has co-authored a book of conversations with Pierre Hadot, La philosophie comme manière de vivre. He is the co-editor of the standard French anthology of Michel Foucault's writings, Michel Foucault. Philosophie, and is the English-language editor of the thirteen volumes of Michel Foucault's courses at the Collège de France. He has published articles in Italian on, among other topics, the tradition of spiritual exercises and St. Francis of Assisi. He has also edited the volume La vacanza morale del fascismo. Intorno a Primo Levi as well as a Spanish edition of Primo Levi's essays Vivir para contar. Escribir tras Auschwitz. His most recent book is Religión, razón y espiritualidad (Ediciones Alpha Decay).

His ongoing projects revolve around figures as diverse as Pierre Hadot, Joseph Soloveitchik, Michel Foucault and Primo Levi, and around themes that range from the history of spiritual exercises and practices of self-transformation to the relation between Talmudic and philosophical argumentation, and the aesthetics, ethics and politics of improvisation. He is also currently working on a critical edition of the manuscripts of Zalman Gradowski. Gradowski was assigned to the Sonderkommando in Auschwitz – he managed to write one of the most singular and powerful accounts of the Shoah, from both an historical and a literary point of view, composed during the time of the events themselves. His manuscripts were buried under the ashes of Birkenau and discovered after the war. This edition (under contract with the University of Chicago Press) will be the first complete critical edition in English. Davidson's main publications are in French, Italian and Spanish as well as in English.