Why Milo Scares Students, and Faculty Even More

Editor's note: For a collection of responses to this piece, please see “A Packet for Rachel Fulton Brown” (March 2, 2017). On Wednesday, February 1st, there was a riot at the University of California, Berkeley 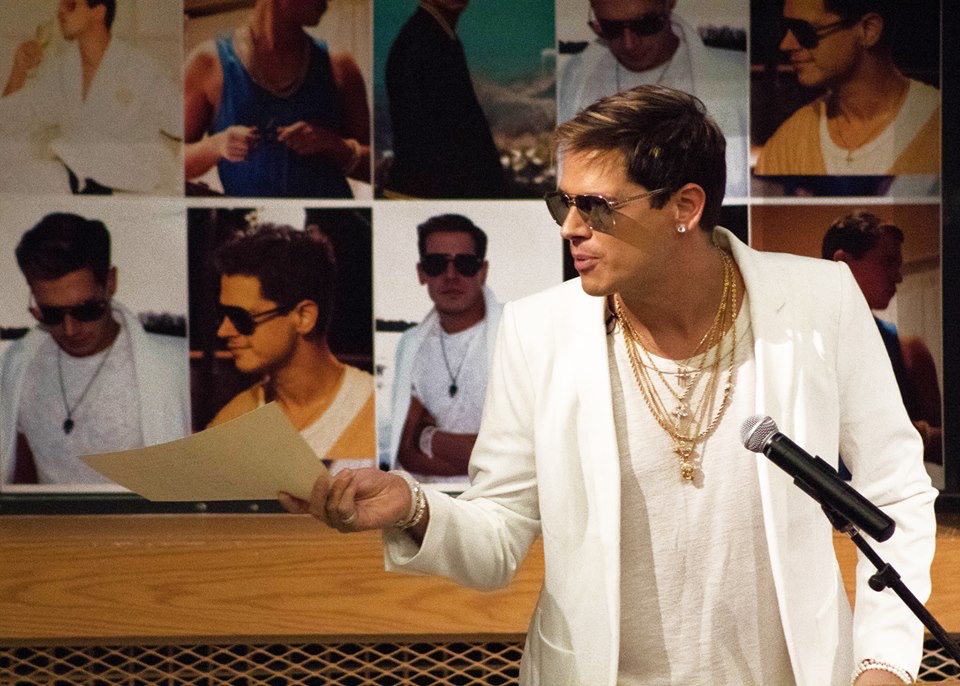 Editor's note: For a collection of responses to this piece, please see “A Packet for Rachel Fulton Brown” (March 2, 2017).

On Wednesday, February 1st, there was a riot at the University of California, Berkeley. The College Republicans had invited Breitbart Senior Editor Milo Yiannopoulos to campus for what was supposed to be the concluding event of his year-long “Dangerous Faggot Tour.” Over 100 UC Berkeley professors signed a letter saying that Milo shouldn't be allowed to speak, but the administration let the talk go ahead, acknowledging that the First Amendment prohibits public universities from censoring speakers on the basis of their views.

Protesters began assembling outside the venue hours before the talk was scheduled to start. University police were present, and the administration issued a traffic advisory warning of expected large crowds. Before the doors opened, however, a group of black-clad rioters arrived, and within minutes the potentially peaceful protest had gone up in flames. The rioters lit fires, overturned police barricades, smashed windows, and threw fireworks, while students in the crowd, middle fingers held high, danced to the tune of “We Found Love in a Hopeless Place.”

Why did the protest turn so violent? A number of possible reasons have been suggested: the rioters were not students, but professional anarchists; the administration framed its support for the event in a way that suggested there was something wrong with what Milo would say; Jesse Arreguin, the mayor of Berkeley, was not interested in keeping things under control because he believes Milo is a “white nationalist.” The usual response from the media, however, has been to suggest that it was Milo's fault for speaking in the way that he does in the first place.

This is not how Milo, by his own account, expected things to turn out when he came to America. As he told Tucker Carlson on Fox News the night after the riot, Milo, who comes from the U.K., saw America as “the land of the free, the home of the brave.” “In America,” he said, “I always imagined that this was a country where you could be, do and say anything.” Much to his dismay, he found America even more oppressive to freedom of speech than Europe. He has been particularly surprised by the atmosphere on college campuses, where he has encountered “restrictions on the freedom of speech, groupthink and penalties, social and institutional and financial penalties for free expression like nothing I ever experienced before.”

Milo himself has characterized the violence at Berkeley as fundamentally political, but the fervor with which students supported the rioters suggests that it has deeper roots. “Politics,” as Andrew Breitbart liked to say, “is downstream from culture.” But culture's wellspring is religion, the one thing that most colleges and universities, their students, and faculty claim—as a result of their commitment to academic freedom—not to have. More even than the current tensions in the political sphere, this denial of religion as the basis of culture is the source of the violence we are now witnessing, both on campuses and across America at large.

The tradition of higher education in America is deeply indebted to Christian ideals. In his talk at Minnesota State University shortly before Christmas, Milo cited a commitment to education as one of the most important things Christianity gets right. “The first law in America to require general education,” he noted, “was called ‘The Old Deluder Satan Act’ to teach children to read the Bible in 1647. 122 of the first 123 colleges in America were Christian universities. Think about Harvard University, one of the epicenters of liberalism today. This is the founding statement of Harvard: ‘Let every student be plainly instructed, and earnestly pressed to consider well, the maine end of his life and studies is, to know God and Jesus Christ which is eternal life, John 17:3.’”

And yet, as Stephen Prothero has shown, that mission had been largely abandoned by the end of the 19th century. Weary of quarrels among the various Protestant denominations, universities shifted the emphasis of their courses on religion from theology to morality, while “unsectarianism” became a guiding institutional ideal. Students were expected to learn what religion they needed from Sunday school, while religion as such ceased to be a required subject at the university level. As a consequence of this self-secularization, religion became an object of academic study considered only from the outside, not tested intellectually or experientially from within. Universities, particularly public universities, became places for the purportedly neutral exchange of ideas, not for conversion to any clearly articulated and tested faith. Religion was a matter for the heart; education a matter for the head.

This, I would argue, is why American college students and faculty find Milo’s talks so threatening. The issues that Milo talks about are usually considered political, but in fact have to do with people's deepest convictions: the proper relations between women and men, the definition of community, the role of beauty, access to truth. Milo professes himself a Catholic and wears a pair of gold crosses around his neck. He speaks about the importance of Christianity for the values of Western civilization. As he put it in one interview: “[Western civilization] has created a religion in which love and self-sacrifice and giving are the highest possible virtues… That's a good thing… But when you remove discipline and sacrifice from religion you get a cult.”

None of these issues, most especially the civilizational roots of culture and virtue in religious faith, are typically addressed in modern college education in America. Rather, they are, for the most part, purposefully avoided. Judging from my own experience of over 30 years in the academy, it is considered a terrible breach of etiquette, horribly rude even, to mention your religious faith if you are a Christian, never mind suggest that it in any way affects your work as a scholar. This relic of the self-censoring of the late 19th century is now so deeply embedded in American academic culture that most people are not even conscious of it. The real problem, however, is that while discussion of Christian theology may no longer be at the center of university education, religion still is—we just don't call it that anymore.

Not to address these issues openly does not allow students to keep an open mind. Their minds are already open—and being filled with what they are given in place of religion: multiculturalism; race, class, gender; the purportedly secular ideals of socialism and Marxism. Particularly for those students, and faculty, who have little to no religious education outside of school, these ideals have become their faith. This is why students and faculty find Milo so threatening. He not only challenges them to examine beliefs they have never been taught to question. Thanks to his near charismatic appeal as a speaker, at least for those who attend his talks rather than stand outside protesting, he holds out the possibility of conversion, of changing hearts and minds.

It is much easier to call Milo names than to accept the challenge he presents. Milo's tour has made clear how high the stakes are. If you drive out explicit theology from public education, you get not no theology, but only bad theology, theology never properly examined as such. It is a mistake not to teach religion as religion. The medieval university on which American colleges were modeled was founded as a place to wrestle with theology; all the other arts and sciences were intended to stand in the service of this task. Moreover, the freedom of speech enshrined in our national culture was established first and foremost as a freedom to wrestle with religion. Freedom of speech means little without this religious content, which is why cries for contentless “free speech” are so vacuous. The violent response to Milo’s tour of our college campuses, culminating in the riot at Berkeley, is evidence of a deep crisis in religious thinking. If students cannot practice these difficult conversations in school, there is nothing to stop them from spilling into the streets.

- Archive of Breitbart articles on Milo, including coverage of the Berkeley riot.