“The only thing that can save the world is Russia,” a monk proclaimed to me one spring afternoon in the mountains of West Virginia. This young monk was part of a large and growing far-right community of American converts to the Russian Orthodox Church Outside of Russia (ROCOR) in rural Appalachia – a community that I lived with from 2017-2018. Through religio-political conversion, these American believers found in Putin’s New Russia, and its tightly linked Russian Orthodox Church, an ideological safe haven to weather what they saw as the storms of secularism and neo-Marxism destroying (Christian) morality and truth in the United States.  For some converts, this philosophical alignment meant hoping for the dismantling of American democracy through Russian invasion, while for others it took on the form of idealistic fealty to Putin’s policies from the security of the United States, with varying levels of ideological agreement in between. These Americans looked outside the western world for a spiritually inclined leader who might protect them from “one more Democratic president.”

As someone who researches Russian-American politics, it does not surprise me that Vladimir Putin has been noticeably absent from the cadre of world leaders who have continued to congratulate U.S. President-elect Joseph Biden on his 2020 election victory last month. Putin’s failure to engage in the longstanding social practice of paying diplomatic respects to the winner of a national election is more than a political slight to a party leader whose policies and global strategies do not align with those he envisions for Russia; it communicatively signals Putin’s support of President Trump’s failing lawsuits and his cries of widespread voter fraud. Given Putin’s illiberal and autocratic regime, with its murky connections to global networks of disinformation, it is not surprising that he would make a seemingly anti-democratic statement about free elections through a refusal to acknowledge President-elect Biden’s fair win of the White House. Putin’s performative pause is part of the broader global trends that have entrenched us in this post-truth moment, where facts become opinions, science is squelched by personal subjectivities, and there is more that seemingly divides than unites us.

Since the mid-2010s, the fraught relationship between the United States and the former U.S.S.R. has become even more tenuous, especially in light of the 2016 allegations of Russian interference with the U.S presidential election. Journalists and scholars have drawn our attention to how Putin’s long tenure in Russian politics has brought with it an increasingly authoritarian form of governance that shows little concern for the human rights of those outside of his ideologically adherent base. The longstanding public tensions between Russia and the United States have become even more pointed with Putin’s conservative policy pushes, and his increasingly cozy relationship with the Moscow Patriarchate. While the Kremlin spreads religiously-nourished geopolitical seeds of discontent from its fortress of power abroad, there are American actors who also believe that Trump, as God’s anointed, still has another term within reach, even as the Trump campaign’s court cases are thrown out almost daily. The White Evangelical impulse to support Trump, seen in the rhythmic, glossolalic proclamations of his spiritual advisor Paula White-Cain, shares a common element with Putin’s spiritually-drenched forms of propaganda: both parties want to reconfigure truth and reality as part of their religio-political worldmaking initiatives.

Putin and American Evangelicals are central to the unfolding global drama of disruptive politics that are often nationalistic and anti-democratic. Perhaps this is part of the new culture wars, or perhaps it is the widening crevasse of the truth divide; perhaps it is both. And both are helpful frameworks for thinking about the relationship between truth and democracy, for each is embedded into the overarching problem. We share a common world with multiple realities. Historically contoured by imperialism, colonialism, and globalization, and riddled with anxieties about the other, these realities are culturally constructed archives of the past and uneasy incubators for our potentially fraught future. While liberals in the U.S. raise concerns over the seemingly bigoted agendas of Trumpers, many on the Right employ anti-Semitic tropes of cultural Marxism in their fears over liberal candidates, suggesting that the rise of progressive secularism might prophetically herald the end of days.

I have witnessed firsthand this type of apocalyptic rhetoric of fear and alterity among some of Putin’s conservative comrades in Appalachia. While we tend to think of conversion in spiritual terms, most of these believers also converted ideologically, seeing Putin’s New Russia as a politically safe space for the preservation of conservative family values. Viewing the United States through the lens of apocalypticism, their support of democracy faltered as some suggested Putin should invade the U.S.; others, channeling political messianism, believed that only Russia could save the world from the blight of liberal ideologies and progressive politics. Extreme at best, these seemingly radicalized ideologues drew on Russian media worlds saturated in disinformation to form their opinions of America’s demise and Russia’s salvific political climate.  Decrying secular politics as devilry, these converts found in Russian Orthodoxy a way to engage with the political that used a rhetoric of spirituality to make sense of their ideologies. Well-educated, philosophically inclined, and focused on ritual religions that could interpret the issues of modern life for them, converts reached out beyond their country to a national leader who appeared to have their best interests at heart – or claimed to, at any rate. In doing so, they engaged the freedom of religion that democracy afforded them, while they decried the system as broken.

Putin’s American comrades, whether they be Evangelicals or converts to Russian Orthodoxy, have alternative visions of what reality should look like. The socio-political imaginaries of my fieldwork community were not only on the far-right of the American political map, there were seemingly in uncharted territory. Feeling oppressed and dismissed by those with political power, converts reacted with fearful dismay at the encroachment of progressivism, perhaps becoming radicalized in the process by the Russian propaganda they saw as truth in what they perceived as a post-truth era for western media outlets.

That Russia has seemingly become an arbiter of family values and morality for some far-right American Christians suggests that these worldmaking projects, which are often fed by digitized disinformation, are founded in subjective realities that locate truth not in civic values, democracy, or community, but in theologically rich, often apophatic, ideologies about the self and others. For most of the converts I encountered, democracy was a hellish existence of liberal individualism without real leaders worth following. While Putin's romanticized vision of reality is the product of a post-truth moment steeped in unreality, he does market a potential existence in which conservative Christianity and politics might cooperatively flourish under his watchful eye. Perhaps for some far-right Americans, the arresting vision of social morality that Putin puts forth is too cogent and ontologically salvific to resist. Near the end of my time in West Virginia, fireworks filled the inky sky in celebration of the Fourth of July. Amid the acrid smoke and whistling hiss from the festive explosives, the parish priest said to me, “God bless the red, white, and blue, and by that, I mean Russia.” 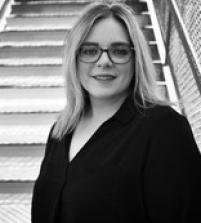 Author, Sarah Riccardi-Swartz, is a Postdoctoral Fellow in the Recovering Truth: Religion, Journalism, and Democracy in a Post-Truth Era project at the Center for the Study of Religion and Conflict (Arizona State University). Her research interests primarily focus on new forms of conservatism, right-wing religious communities, fundamentalism and traditionalism, and the ever-expanding political tensions between Russia and the United States. You can learn more about her work here.

See All Articles by Sarah Riccardi-Swartz