Perhaps more than other years, this July in the United States has been filled with festivals 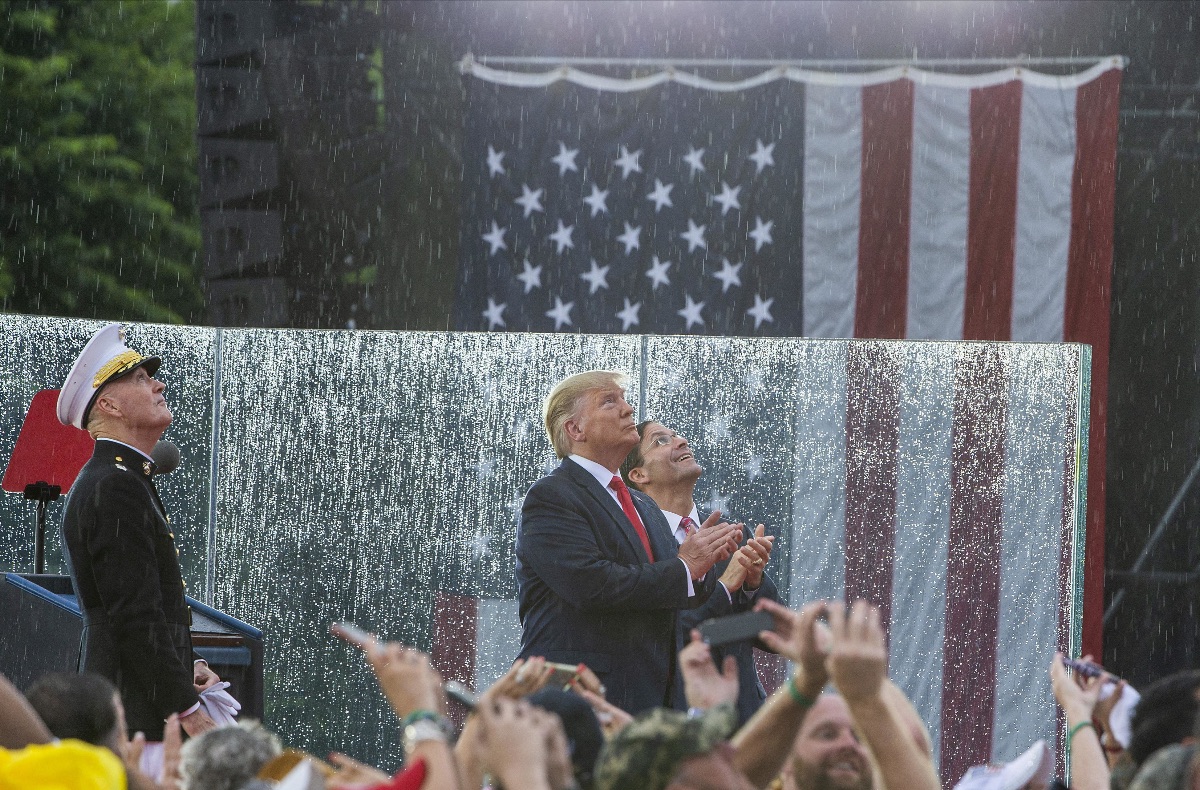 Perhaps more than other years, this July in the United States has been filled with festivals. President Trump’s excessive “Salute to America” was filled with jets, armored vehicles, marches, and a Presidential speech. Many have also enjoyed the month-long celebration of the fiftieth anniversary of the Apollo 11 mission and lunar landing. And, of course, there was the giddy celebration of the Women’s National Soccer Team winning the World Cup followed by a ticker-tape parade in New York City. Usually, events like these are not dubbed moments of “forgetting,” but, rather, historical commemorations of the founding of the nation, the scientific and social aspirations of a nation born out of discovery and the struggle for freedom, and the athletic prowess willing to take on the world. Even while this is all perhaps fair enough, Sightings columns sometimes focus attention on what drops from view, what is whispered and not cheered, and what forms the backstory to the lead story. So it is with today’s column.

Oddly enough, some of the most important matters in our public life dropped from sight this month. President Trump’s speech at the “Salute to America” praised a great number of worthy individuals—reformers, scientists, artists, and even Frederick Douglass (we should not forget Trump’s own forgetfulness about Douglass). He insisted that the “quest for greatness unleashed a culture of discovery that led Thomas Edison to imagine his lightbulb, Alexander Graham Bell to create the telephone, the Wright Brothers to look to the sky and see the next great frontier. For Americans, nothing is impossible.” (And I don’t even have time to comment on his claim—so widely noted on social media—that the Continental Army captured an airport!). The speech then turned to salute each branch of the Armed forces—including “Space Force”—while jets flew overhead. A stunning event, one should admit, even if entirely over-the-top and unnecessary.

What dropped from view was, ironically, the profound racial, cultural, and religious diversity of this nation. No mention was made of the work of the federal government to lessen inequality, to work for social justice, to advance the education of children, or, at least, to lessen the burdens on the sick, the downtrodden, and the poor. The American quest for greatness is in this telling, apparently, a matter of heroic and determined individuals with a federal government consigned to defense and war-making. Yet, since the birth of this Republic, the federal government has had a mighty role in advancing the founding ideals of liberty and justice. More needs doing, of course, but our Union is not governed simply for defense. And so it goes. Sadly, the protests by civil rights activists against the fantastic cost of going to the moon remain the backstory to the lead story of Apollo 11. The cheers for the Women’s National Team could not drown out the whispers of hatred skittering about social media or right the wrong of the many inequalities women suffer.

Public events reveal and conceal realities. That has certainly been true this month of July, but also maybe every July, if not every month. And, if we are honest with ourselves, the same dynamic can be at work in Sightings columns, even this one! What provoked my initial reflection was not the Salute to America, Apollo 11, or the World Cup. (Honestly, I was too glued to the TV watching game after game of the World Cup to do much cogitating!) The provocation for this Sightings was my encounter of a book by David Rieff, son of Susan Sontag and former University Chicago professor Philip Rieff, and, more important for our purposes, an expert on Freud. In his book In Praise of Forgetting: Historical Memory and Its Ironies, Rieff is at pains to show the unexpected problems, oversights, sorrows, and deceptions woven into historical memories. We tend to think, he notes, that it is good to remember and bad to forget. Those who forget the past are doomed to repeat it, as the adage goes. But not so quick. As this month shows, sometimes festivals of remembering are also forms of forgetting when they conceal as much as they reveal about our public life.

Readers of Sightings will know that Fourth of July celebrations, commemorations of heroic deeds, and celebrations of athletic pride and victory are often public analogs to religious rites. Rituals can revitalize the past, making it present and thereby opening up a future. As many have noted, memory is often in the service of the present. But religious rituals, at their best, also claim to put us in contact with what is true, whether about ourselves, reality writ large, or the sacred. Yet Rieff’s point is that sometimes we simply have to forget in order to move on. As he ends the book, “without at least the option of forgetting, we would be wounded monsters, unforgiving and unforgiven ... and, assuming that we have been paying attention, inconsolable” (245).

Therein lies the paradox of our public rites. Human beings, individually and collectively, seemingly cannot endure too much truth. If we honestly faced the apparent cosmic indifference to our weal and woe, could we go on? That is Rieff’s concern and why for him forgetting in the face of horrendous suffering is warranted. We need to make meaning in order to confront indifference. But that cannot be all. Human beings do not just seek “meaning,” but, at our best, we search for meaningful truth. Our forgetting can be true or false, right or deceptive. Meaning without truth is an illusion; truth without meaning is irrelevant. So, amid the month’s festivals of forgetting, let us celebrate the work of public meaning-making in these United States, but also, and just as importantly, the dogged search for truth.