Outrage over a recent children's film illustrates the narrowness of evangelicalism and the experiences it has failed to understand.

Turning Red, an animated Pixar movie released on Disney Plus earlier this year, invited a surprising amount of religious controversy. The plot centers around a 13-year-old Chinese Canadian girl named Mei Lee, who has to navigate the increasing tension between her parents’ immigrant familial expectations at home and her friendships, interests, and hobbies at school. Whenever she feels emotionally stressed, she transforms into an eight-foot-tall red panda. Viewers praised it for its depiction of intergenerational trauma (inspired by director Domee Shi’s own immigrant experience), they also could not help but compare it to films like Encanto (2021) which carried a similar message. However, Turning Red’s harshest critics write and publish evangelical movie reviews.

Whether through the Gospel Coalition or Christianity Today, evangelical movie reviews comment on the appropriateness of certain films for American evangelical moviegoers. They do so, often through a particular formula: summarize the movie, draw out the secular “principle” behind the film, and then preach on the ways a “biblical worldview” addresses its shortcomings. In turn, readers would consume these commentaries, whether to validate their own viewing experiences or learn about ways the movie could be used as tools for evangelism. One would think that across different publications there should be different views about an animated movie about a red panda – however, it was universally panned by evangelical publications. They concluded that Turning Red was at best “unhelpful” and at worst “criminal” or even “demonic,” and most of their critiques fixated on what Mei’s red panda transformation could signify.

The trope of the protagonist transforming into non-human entities is a familiar one within Disney and Pixar animated films, from Emperor’s New Groove (2000) to Princess and the Frog (2009) to most recently Luca (2021). Turning Red, however, uses the red panda transformation as a lens for viewers to see Mei’s shifting perspectives on her own immigrant experiences and her attempts to reconcile norms she inherited from her parents with the social expectations of her peers. At first, Mei understands the “red panda” as inconvenient because it compromised her attempts to balance her academic aspirations and responsibilities at home. Throughout the film, however, the red panda becomes an opportunity for Mei to relate with her parents and raise her social capital among her friends. In the end, she rejects her mother’s perception of the red panda as inconvenient or as a beast – she accepts that it is a blessing, the way her ancestor understood it, and that it helps her navigate the challenges of being a Chinese Canadian high schooler. On this front, the film underscores the importance of embracing numerous identities for the benefit and enrichment of the others.

Evangelicals’ scathing criticisms of Mei’s red panda, however, revolve around the ways it promotes a “beastly” inner identity. The Gospel Coalition review compared Mei’s transformation to that of “Jekyll/Hyde” or “Bruce Banner and the Hulk,” casting the red panda as “the beastly sides of our fallen natures” in contrast to Mei’s more human side which represents “our rational desires (will) to be virtuous and ordered.” Critics complained that the film promotes a worldview that challenges “parental authority” and undergirds “the transgender agenda.” They also worried that the message of “my Panda, my choice,” reads too closely as “a nod to the favorite slogan of pro-abortion activists: my-body my choice.” Some reviewers were even horrified that the film would discuss topics such as puberty and menstruation, making the film “not appropriate for children.” Evangelicals’ unwieldy critiques suggest an interpretation whereby Mei’s red panda stood for anything and everything that worried American evangelicals.

Evangelical interpretations of the film raise an important question: to whom or for whom is the red panda “a beast”? In the film, Mei adopts the language of “beast” to describe her red panda because that’s how she may have internalized it from her parents, but by the end of the film she appropriates the term to, in a way, redeem it – it was a beast only insofar as others saw it that way. For evangelical critics, however, Mei’s transformation was and continues to be a beast because it signifies their most deep-seated culture-war anxieties – a reading wholly detached from the immediate social and cultural context the film proffers. This interpretation forecloses the myriad ways the red panda could speak to various struggles with identity, even within evangelicalism itself, that deals with questions like which identities could be deemed “authentic” and which actions could be understood as being “truly expressive.”

Furthermore, to cast a film that is ultimately about non-white experiences within the Jekyll/Hyde frame performs the colonialism of white evangelical conversion rhetoric: rejection of the old (non-western) life and embrace of the new (western) one. These dynamics are not lost on evangelical readers. One commenter wrote on the Gospel Coalition’s Facebook post promoting the review, “Surprise surprise, all the critics of this are… White. Can we stop and listen to what Asians are saying before we judge everything not White for being pagan and anti-Christian?”

These dynamics have a much longer history. In a recently published article with Religion News Service, scholar Kathryn Gin Lum describes how the trope of the “heathen” both allowed white Christians to cast as “other” the experiences of non-white Christians while also proving themselves as “saviors so long as they were not the ones in need of saving.” Nineteenth-century Christian Europeans championed ideas whereby “The Christian man was supposed to domesticate the land and its beasts and make the wilderness blossom as the rose. The Christian woman was to domesticate the home, raising her children and feeding her family with the land’s abundance. All were to live in peace and harmony.” Such fabrications led them to conclude that heathens “were supposed to be unable to govern themselves or care for their lands and their bodies.”[1] The rhetorical resonance between contemporary evangelical movie critiques and nineteenth-century Christian observations about other cultures should make white Christians wary about the kinds of critiques they lodge and the religiously inflected colonial biases they reflect.

The robust conversations on the Facebook comments page suggests that this genre increasingly generates unease among readers of these publications. One reader described the Gospel Coalition review of Turning Red as “half-baked.” Others shared their experiences that despite evangelical critiques of the film, they nevertheless found occasion to watch the film with their families and appreciated that it inspired “positive conversation.” Readers’ dissatisfaction with these publications suggests a weariness with the evangelical formula for reviewing these movies. The most popular comment, which garnered 236 likes, wrote: “Embracing who you are is not an inherently evil idea… Expecting an explicitly Christian message from a non-Christian movie and then complaining that there’s no Christian message is, to be honest, kind of silly.”

At its core, Turning Red uses the story of a Chinese immigrant as a lens for understanding how seemingly competing identities could complement each other. Mei’s red panda opens room for viewers to see themselves in her struggle with and eventual acceptance of whichever identity it could be made to signify. In contrast, evangelical critics’ readings of the red panda as signifying culture war anxieties reads quite strangely alongside these various other contexts. It illustrates a narrowness of the “biblical worldview” through which evangelical critics assess media and only showcases the vast array of experiences that it has failed, and continues to fail, to speak to, include, understand, and ultimately “save.” 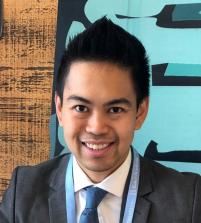 Michael Baysa (@MichaelBaysa) is a scholar of religion working on the intersection of religion, history, and print culture. His current research explores how ministers, printers, booksellers and other print intermediaries constrained religious printing in colonial and early America. He is currently a PhD Candidate in the Department of Religion at Princeton University.

See All Articles by Michael Baysa