"Charlie Hebdo's" Haunting Question: Should We Have the Right To Blaspheme?

EDITOR'S NOTE: Geoffrey Stone's comments were first delivered in early&nbsp;March when he introduced a University of Chicago event featuring&nbsp;Charlie Hebdo&nbsp;journalist, Zineb El Rhazoui. Why do we care about freedom of expression? Perhaps the simplest answer is that we believe we can learn from one another. If you have some knowledge, some insight, some perspective, some theory, some argument of which I am unaware, I want to know it so I can decide for myself whether knowing it will enrich my life or deepen my understanding or improve my decisions or introduce me to new experiences. Of course, it may well turn out that much of what you have to say I will find to be stupid, or pointless, or offensive, or dangerous, or just plain wrong

Why do we care about freedom of expression? Perhaps the simplest answer is that we believe we can learn from one another.

If you have some knowledge, some insight, some perspective, some theory, some argument of which I am unaware, I want to know it so I can decide for myself whether knowing it will enrich my life or deepen my understanding or improve my decisions or introduce me to new experiences.

Of course, it may well turn out that much of what you have to say I will find to be stupid, or pointless, or offensive, or dangerous, or just plain wrong. But still, I want the opportunity to decide that for myself.

We care about freedom of expression because we do not trust other persons or institutions or governments or religions or majorities to decide for us what we should be allowed to hear, or read, or see, or know.

We know that, given the power to censor, and given the realities of human nature, those with the authority to censor will inevitably deny us access to ideas, and information, and theories, and images, and arguments not because we would necessarily find them to be stupid, or pointless, or offensive, or dangerous, or wrong, but because they don’t want us to know them.

As Justice Oliver Wendell Holmes observed almost a century ago, for those in charge a policy of “persecution for the expression of opinion” is perfectly logical, for “if you want a certain result,” and you have all the power, you will naturally “sweep away all opposition.”

Knowing the dangers of censorship, Holmes concluded that the best test of truth is not the dictate of the censor, but the “power of the thought to get itself accepted” by others. It is “We, the People,” acting individually, who get to decide what we think, not a government, not a university, not a corporation, not a religion. That is the essence of what it means to be free.

As Voltaire observed, “I do not agree with what you have to say, but I will defend to the death your right to say it.” That is the essence of a true commitment to freedom of expression.

A commitment to freedom of expression also demands of us a huge dose of tolerance. You may say things that I hate, that I fear, that shock and offend me, that I think dangerously wrong. But the only response a commitment to freedom of expression leave us is not violence, not obstruction, not disruption, and interruption, but more speech–speech that says “You are wrong, and here is why!”

As Justice Louis Brandeis explained, in a system of free expression, the only permissible response to ban counsels is not violence, but argument.

We deal this evening with a specific type of expression that has long proved especially vexing problematic – speech that is thought to be blasphemous towards a religion. Blasphemy is defined as the act of insulting or showing contempt or lack of reverence for God or to holy persons.

There is no doubt that the Charlie Hebdo cartoons of the Prophet Mohammad constitute blasphemy.

During the Middle Ages, the penalty for blasphemy included death, cutting off the lips, and burning or tearing out the tongue. Thomas Aquinas argued that blasphemy was a worse sin than murder, for blasphemy “is a sin committed directly against God,” whereas murder is merely “a sin against one’s neighbor.” In the American colonies, the Puritans whipped, pilloried, and mutilated those found guilty of the offense.

By the time of the American Revolution, though, and under the influence of the Enlightenment, the notion that government could legitimately punish an individual for disparaging religion had fallen into disrepute. The very concept was seen as incompatible with the core aspirations of a society committed to religious toleration, the disestablishment of religion, and the principle of free expression.

By 1776, the law of blasphemy had come to be regarded as a “relic of a dead age.” But the concept was not dead.

In the evangelical fever of the Second Great Awakening in the early decades of the early nineteenth century, some states aggressively punished blasphemy. In 1824, for example, Pennsylvania prosecuted an individual for deriding the Bible as “a mere fable.”

Men like John Adams and Thomas Jefferson were appalled. They vigorously condemned such prosecutions, calling them “a great embarrassment” to the most fundamental values of the nation, but the wave of blasphemy prosecutions continued until the 1840s, when they finally disappeared.

When the issue finally came before the Supreme Court of the United States in 1952, the Court made clear that government in the United States cannot constitutionally restrict expression because it is blasphemous. As the Court unanimously held, government “has no legitimate interest in protecting any or all religions from views distasteful to them” and it “is not the business of government in our nation to suppress . . . attacks upon a particular religious doctrine.”

And so we come to the subject of tonight’s event. The question is not one of law, but one of principle.

As I see it, there are really two questions:

First, as a matter of principle, should people have the right in a free and open society to engage in blasphemous expression that deeply offends members of a particular faith?

Second, as a matter of common sense, civility, and mutual respect, should those who have the right to engage in blasphemous expression in fact do so?

It will be interesting.

To watch a recording of Geoffrey R. Stone deliver his opening remarks and then Charlie Hebdo journalist, Zineb El Rhazoui, discuss the murder of her colleagues, Islam, and the French notion of laicite, visit the following website: YouTube. “Who Is Charlie? Charlie Hebdo Journalist Zineb El Rhazoui on Freedom of Expression.” Uploaded March 4, 2015. Accessed April 22, 2015. https://www.youtube.com/watch?v=MXCMA2DtRXQ.

Marion, Jean-Luc. “After the ‘Charlie Hebdo’ Massacre: Islam Must Open Itself To Critique.” Translated by Myriam Renaud. Sightings, January 29, 2015. https://divinity.uchicago.edu/sightings/after-charlie-hebdo-massacre-islam-must-open-itself-critique-jean-luc-marion.

Kapstein, Matthew. “Another Take on ‘After ‘Charlie Hebdo,’ Islam Must Critique Itself.’” Sightings, February 19, 2015. https://divinity.uchicago.edu/sightings/another-take-“after-‘charlie-hebdo’-islam-must-critique-itself”-matthew-kapstein. 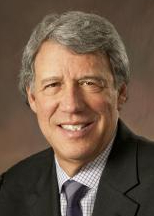 Author, Geoffrey R. Stone, is the Edward H. Levi Distinguished Service Professor at the University of Chicago Law School. Stone is the author of many books on constitutional law, including Speaking Out: Reflections of Law, Liberty and Justice (2010); Top Secret: When Our Government Keeps Us in the Dark (2007); War and Liberty: An American Dilemma (2007). He is chief editor of a 20-volume series, Inalienable Rights, published by Oxford University Press. Stone recently served on the President's Review Group on Intelligence and Communications Technologies. In recent years, he has served as Chair of the Board of the American Constitution Society.