In a historical milestone for Artificial Intelligence (AI), AlphaGo, an updated (General) AI developed by Google’s DeepMind unit, challenged Korean Go grandmaster Lee Sedol, and handily won, 4 to 1. Go is a game with a nearly infinite number of possible moves; it requires superior intelligence and creative intuition over and beyond a simple capacity for logical calculation.

The sensational defeat of a human Go grandmaster by an AI machine shocked the world. For the people in East Asia, however, besides reflection on a simple contest between humans and machines, this event leads to reflection about a ‘clash’ between the East and the West, between Confucianism and Christianity, or between Dao and Science/Technology.

It is odd that Google selected a Korean player instead of the Chinese master who holds first rank. Google may have been influenced by obvious geo-political and business reasons! Another important reason could be the sensitive issue of cultural hegemony. Although debatable, until the Middle Ages, East Asia (China) was more technologically advanced than the West. After the opening of the Silk Road, these advanced technologies traveled West along this trade route.

Scientists and engineers in the West had relatively more freedom to develop these advanced technologies into military weapons which were then used to support imperialist goals and biblically-justified evangelizing. Western powers succeeded in defeating and colonizing East Asia, except for Japan, the so-called ‘West in the East.’

The East Asian counterparts to the West’s scientists and engineers operated in a traditionally Neo-Confucian civilization; as a result, they had less freedom to deploy their invented technologies for Western-style expansionism because of their rigorous Neo-Confucian ethics of virtue. In this tradition, technology is not an end in itself; instead, it is a means of achieving the dao (way) of humanity as ren (benevolence or beneficence) in society. The Chinese character, ren (仁), literary means ‘two people.’ The Christian theologian Karl Barth, based on his interpretation of Genesis 1:27, similarly described the ‘being’ of humanity as a co-humanity or a ‘being-in-togetherness.’

Thus, in East Asia, technology has been viewed as participating in attaining the dao of ren so as to have peace and harmony in the world. However, it has also been viewed as dangerous and in need of regulation since it considered vulnerable to misuse by uncultivated minds seeking to fulfill selfish desires and assert their will to power. In other words, Neo-Confucian ancestors pursued technodao (disciplined wisdom for benevolence or beneficence) rather than technology (vulnerable knowledge to be used for a maximum profit).

This ideal hindered the development of technology in East Asia and it fell behind the West in modernization—a trauma for East Asian intellectuals. The exception, Japan, cleverly accommodated the Western approach. The Japanese may have had fewer cultural and moral qualms against capitalistic Western industrialization, possibly because they had a shorter history of Neo-Confucianism.

Japan’s accommodation helped this country realize her dream of becoming an aggressive Western-like power in the East and a militant colonizer in Asia. It was invited to become a member of G2 or G3 even in the aftermath of the devastation it inflicted on East Asia during World War II. Recently, Japan proudly hosted a G7 summit meeting at the site of Mie’s Ise Shrine, a holy place for Japanese royalists, and welcomed the first sitting U.S. president’s visit to Hiroshima.

China, a country that is becoming more westernized since her cultural revolution, is painfully observing and meditating on the symbolic threat of Japan’s alliance with Western powers. In this context, it makes sense that Google chose South Korea as the venue for the history-making game between AlphaGo and a Korean player. Korean society is perhaps be the last frontier of Neo-Confucian civilization, at least culturally, because it has preserved Neo-Confucianism in its most pristine form.

Professor Wm. T. de Bary, who specialized in an early form of East Asian studies, said that “the inward looking” East Asian people would have seen “the expansionist West” in the eighteenth and nineteenth centuries as “the very embodiment of uncontrolled aggressiveness—power on the loose, bound to no moral and spiritual center.” Ironically, these characteristics may now be seen in the West in a reversed way due to the aggressive attempts of East Asian countries to catch up to the developed world. China, especially, struggles with the trauma of ‘loosing time’ and the destruction of old Confucian values during the Cultural Revolution.

People in the East see the superiority of advanced AI technology, but, cannot detect hints of techno-dao. In this context, the leaders of Google may need to demonstrate how technological projects like DeepMind qualify as something more than “power on the loose, bound to no moral and spiritual center.” Worrisome—Google has not revealed the names of the members of its ethics board. After all, the purpose of Go for East Asians is not to showcase the supremacy of a player’s skill and intelligence, but to rectify one’s mind-and-heart and cultivate one’s character to attain the dao.

Koch, Christof. “How the Computer beat the Go Master: As a leading go player falls to a machine, artificial intelligence takes a decisive step on the road to overtaking the natural variety.” Scientific American, March 19, 2016. http://www.scientificamerican.com/article/how-the-computer-beat-the-go-master/?WT.mc_id=SA_WR_20160323. 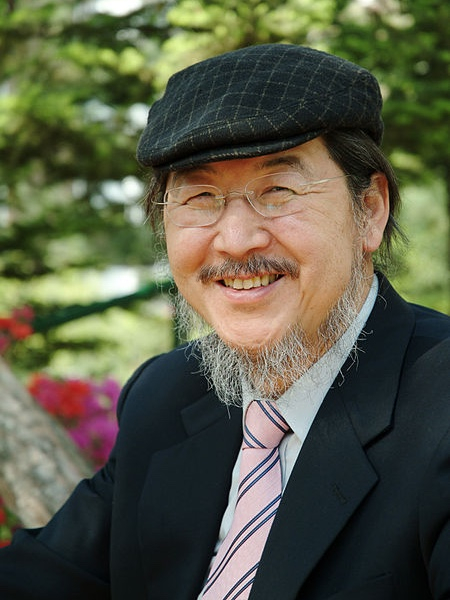 Author, Heup Young Kim (김흡영 金洽榮), (Ph.D. Graduate Theological Union in Berkeley, CA), is Professor of Christian Systematic Theology at Kangnam University in South Korea. He specializes in Asian constructive theology, interfaith dialogue, and religion and science. Kim is one of the founding members of the International Society for Science and Religion, was a co-moderator of the 6th and 7th Congress of Asian Theologians, and is the current president of the Korean Society of Systematic Theology. He has published monographs in English and Korean, including Toward a Theology of the Tao (2000), Christ and the Dao (2003), Theology of the Tao II (2012), and A Theology of the Dao (TheoDao) (forthcoming).