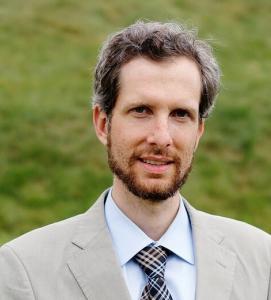 Faculty Associate Professor of Qur'anic Studies; also in the College

Professor Casewit is a Qur’anic studies scholar. His research interests include intellectual history of North Africa and al-Andalus, Muslim perceptions of the Bible, and medieval commentaries on the ninety nine divine names.

He has several publications, most recently The Mystics of al-Andalus: Ibn Barrajān and Islamic Thought in the Twelfth Century (Cambridge University Press, 2017), a study on Ibn Barrajan’s life and teachings. He is also the author of a critical edition of a Qur’an commentary by Ibn Barrajan (Brill, TSQ Series, 2016).

Prior to joining the Divinity School, Professor Casewit was a Humanities Research Fellow at New York University Abu Dhabi, and an Assistant Professor of Arabic Intellectual Heritage and Culture at the American University of Sharjah. He completed his M.A., M.Phil., and Ph.D. in Islamic Studies at Yale University’s Religious Studies Department.

Current projects include a translation and critical edition of a Sufi-Philosophical commentary on the divine names by the Algerian scholar ‘Afif al-Din al-Tilimsani (d. 1291) for the Library of Arabic Literature, NYU Press.

Born in Egypt and raised in Morocco, he is fluent in Arabic, French and Spanish. Yousef has traveled throughout the Islamic world, and has studied with Muslim scholars in Morocco, Syria, and Mauritania.