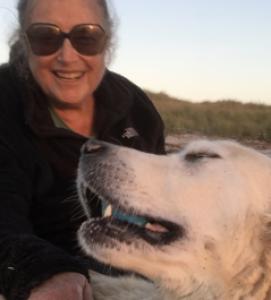 Faculty Mircea Eliade Distinguished Service Professor Emerita of the History of Religions; also in the Department of South Asian Languages and Civilizations, the Committee on Social Thought, and the College

Wendy Doniger’s research and teaching interests revolved around two basic areas, Hinduism and mythology. Her courses in mythology addressed themes in cross-cultural expanses, such as death, dreams, evil, horses, sex, and women; her courses in Hinduism covered a broad spectrum that, in addition to mythology, considered literature, law, gender, and zoology.

Among over forty books published under the names of Wendy Doniger O’Flaherty and Wendy Doniger are twenty-one interpretive works, including Siva: The Erotic Ascetic; The Origins of Evil in Hindu Mythology; Women, Androgynes, and Other Mythical Beasts; Dreams, Illusion, and Other Realities; Tales of Sex and Violence: Folklore, Sacrifice, and Danger in the Jaiminiya Brahmana; Other Peoples’ Myths: The Cave of Echoes; Splitting the Difference: Gender and Myth in Ancient Greece and India; The Bedtrick: Tales of Sex and Masquerade; The Implied Spider: Politics and Theology in Myth; The Woman Who Pretended To Be Who She Was; The Hindus: An Alternative History; On Hinduism; Redeeming the Kamasutra; The Ring of Truth, and Other Myths of Sex and Jewelry; Against Dharma: Dissent in the Ancient Indian Sciences of Sex and Politics (the 2014 Terry Lectures at Yale); and The Donigers of Great Neck: A Mythologized Memoir.

Among her translations are three Penguin Classics––Hindu Myths: A Sourcebook, Translated from the Sanskrit; The Rig Veda: An Anthology, 108 Hymns Translated from the
Sanskrit; and The Laws of Manu (with Brian K. Smith)—a new translation of
the Kamasutra (with Sudhir Kakar), and Hinduism, for the Norton Anthology of World Religions. In press is Winged Stallions and Wicked Mares: Horses in Indian Myth and History; and in progress is a novel, Horses for Lovers, Dogs for Husbands.