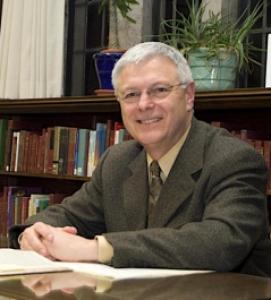 Faculty Margaret E. Burton Distinguished Service Professor Emeritus of the History of Christianity and Theology in the Divinity School; also in the College

W. Clark Gilpin is the Margaret E. Burton Professor, emeritus, at the Divinity School, where he served as dean from 1990 to 2000.  From 2000 to 2004 he directed the Martin Marty Center, and he has also served as the director of the university’s Nicholson Center for British Studies and as a member of the executive council of the university’s Scherer Center for the Study of American Culture.  Gilpin studies the history of modern Christianity, especially in relation to literature, and is currently writing about the letter from prison as a genre of religious literature in early modern England.  In 2011 he edited with Catherine A. Brekus, American Christianities: A History of Dominance and Diversity (University of North Carolina Press).  Gilpin’s most recent book, Religion Around Emily Dickinson (Penn State University Press), employs Dickinson’s poetry as a lens through which to view the cultural work performed by religious thought, practice, and imagination in nineteenth-century America.