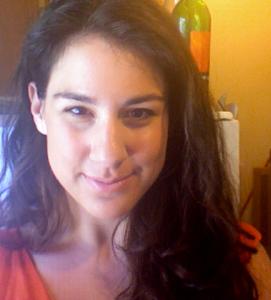 Miriam is an Anthony C. Yu Doctoral Student Fellow in the Divinity School, and she studies the history of Judaism.

Please describe any classes, special teaching activities, publications, or presentations you have worked on at the Divinity School. Are there any professors in particular who have made a significant impact on your chosen area of study?

My introduction to religion came at Williams College, when I took Professor Sarah Hammerschlag’s Introduction to Judaism (she is now back at the University of Chicago). This class introduced me to the study of religion as philosophical and intellectual history, and emphasized that religious ideas cannot be extricated from the history and politics of their time. Since Professor Hammerschlag had been trained at the Divinity School at the University of Chicago, I came here. My advisor, Paul Mendes-Flohr, has been a model as both a teacher and person. His unflagging kindness, curiosity and humanity has inspired me and all his students, and encouraged me and all of his students to consider the existential and human impact of ideas. He is also very encouraging of intellectual risk-taking.

I’ve always been interested in the unorthodox exploration of religious ideas in psychoanalysis and literature. To that end, classes taught by Ryan Coyne on Heidegger and Lacan taught me a lot.  I also enjoyed a class by Sarah Hammerschlag on the concept of auto-immunity in philosophy and literature. In a totally different vein, reading Maimonides’s commentary on the Mishnaic tract Pirkei Avot with Professor James Robinson taught me the value of close reading and careful delineation of philosophical concepts in a religious text. We read Samuel ibn Tibbon's translation of Maimonides’s Arabic, and went very slowly and carefully – often we covered three or four pages of text in a three hour seminar. This really allowed me to see the see the impact of both ibn Tibbon’s and Maimonides choices, and to trace the history of each concept they used.

One highlight of my time here was presenting at the American Academy of Religion conference  in a panel on mysticism and materialism, organized by my friends Zeke Goggin and Sean Hannan. I presented a paper on Gershom Scholem and Walter Benjamin’s interpretation of Kafka, a subject I had been introduced to in Professor Mendes-Flohr’s classes.

What activities do you participate in outside of the classroom?

I am a huge fan of Chicago’s lakefront, especially Promontory Point.  I also love the expanse of Jackson Park to the east, as well as Washington Park to the west. I love going running, walking or biking along the lake, and seeing the sunrise and sunset. I am also a huge fan of film.  I love biking downtown to catch a movie at the Siskel, or seeing one at Doc Films in Hyde Park. I also love to cook and spend time in the kitchen.

What are the next steps you have planned for your career? (Do you intend to pursue academic work, administration, advising, or something else?)

I would love to continue writing and research in academic work.

I want to thank Josephine Yu very much for this fellowship. I am so happy that she has created it especially for the purpose of studying religion and literature. The fact alone that this fellowship was created for that purpose affirms my work. My dissertation, “Material and Redemptive Happiness: Ruins and Hopes of an Enlightenment Promise,” studies moments of elusive, anticipatory joy amid the ruins of historical trauma and tragedy in poetry and film.  The artists I study reject progressive histories, but do see history as a force that consumes and subsumes individual lives in its wake, and which is driven by quasi-objective, abstract and seemingly autonomous processes. In the midst of these forces of history, which press down on the individual and impinge upon their freedom, these artists attempt to use their as a tightrope between the individual, irreplaceable and singular, and the wider network of forces that constrain and delimit her activity. Theoretically, I am looking at Walter Benjamin’s “Critique of Violence” as well as his “Theological-Political Fragment” and his essay on Franz Kafka to inspire and guide my analysis.

The Anthony C. Yu Fellowship will allow me to explore the work of one of my artists, filmmaker Chantal Akerman, as her work is unfortunately only partially available in the United States.  Akerman is a singular filmmaker, inspired both by the French New Wave and the New York avant-garde structuralist filmmakers of the 1960s. Thematically, her films treat women’s lives, Jewish history, the inheritance of the trauma from the Holocaust, which affected Akerman’s mother as a survivor of Auschwitz, and the treatment of everyday life. I am particularly intrigued by the combination of Akerman’s structuralism with her emotional dedication to an exploration of her relationship to her mother. This comes out in films such as News From Home, which tracks a New York cityscape (including minutes long takes on the subways) while Akerman reads letters from her mother on the soundtrack. The crux of the film is the contrast between the audio—her mother’s quotidian concerns, as well as her almost obsessive implorations for Chantal to write more—contrasted with the impersonal views of New York. It is both about escaping and missing home. One continuing influence for me is how religion continues in its seemingly secular contexts, and this is a concern of Akerman’s as well. At the end of Gershom Scholem’s Major Trends in Jewish Mysticism, he tells a story of a rabbi who used to go to the woods to do a ritual and say a prayer. He passes on the tradition, but the next generation forgets the ritual, but still goes to the woods and says a prayer. The next generation forgets the prayer, but still goes to the woods. Finally, even the location is gone, but the story is still told. For Scholem, this anecdote was about how religious influence could continue without orthodox content (and he tied this continuation to mysticism—thus this is the anecdote that closes his famous lecture series.) Chantal Akerman quotes this anecdote at the beginning of her documentary on Jewish-American traditions, but it is clearly at work in her other films as well. She has commented in interviews that the bodily habits associated with Jewish halachah (law) were preserved in her mother’s daily rituals even after her mother was no longer observant. Finally, Akerman is also influenced by Deleuze and Guattari’s notion of minor literature, an idea they developed from Franz Kafka’s writings. According to them, even though Kafka was writing in the German language, because of the way he wrote, he was able to write in a way that was counter-hegemonic to that tradition. I believe Akerman (and many of the artists I write about) embraces this counter-hegemonic movement as well. Akerman is interested in the remnants of a culture (the Judaism of her parents) that has been destroyed by war, and of people who carry that culture who are minorities in the places they live (Akerman has spoken of not feeling at home in her native Belgium.) The themes of her films—women, the domestic, elusive feelings of loneliness and longing—capture human feelings that cannot be eclipsed by dominant narratives.

The fellowship will allow me to visit the Akerman archives in Brussels where I can see many of Akerman’s films not available in the US, which will be invaluable in understanding her work  It will also allow me the leeway to purchase personal copies of these films which will definitely help me in my writing. I cannot thank you enough for setting up this fellowship!