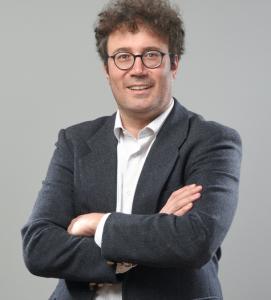 Mehmetcan Akpınar is a scholar of Early and Medieval Islamic History and Thought. His research addresses questions of transmission and intertextuality in Arabic historical and religious traditions. By tracing scholarly mobility and textual transmission in their social, religious, intellectual, and historical contexts, and by editing new sources from the 8th century, his research demonstrates that we can learn far more about the beginnings of Islam than hitherto assumed.

His dissertation, "Narrative Representations of Abu Bakr in the 2nd/8th century," is one of the first scholarly monographs on Abu Bakr (d. 634). It critically investigates the earliest attested Islamic narrative sources on the first caliph of Islam and offers a novel methodological approach to examine the often conflicting reports on the prominent figures of Early Islam. His work was awarded the second prize of the Gorgias Press International Classical Islamic World Book Prize, and received a mention award from the British Association for Islamic Studies (BRAIS) – De Gruyter International Prize in the Study of Islam and the Muslim World.

Present and future projects focus on travelling texts and scholars in the Umayyad and Abbasid periods, as well as in Medieval Anatolia. Moreover, he is involved in collaborative editing and translation projects that aim to make important new sources for the Islamic religious and intellectual history of the 8th century available to the scholarly community.

Akpinar received his MA and PhD in Islamic Studies with honors from the University of Chicago. Prior to joining the faculty, he was a research and teaching associate at the University of Tübingen, Germany. Akpınar teaches courses on Early and Medieval Islam and Classical Arabic at the Divinity School and at the Department of Near Eastern Languages and Civilizations.