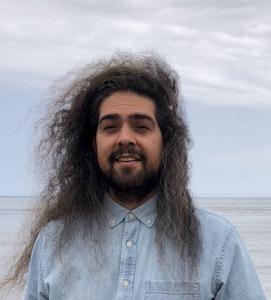 Faculty Provost’s Postdoctoral Fellow of Religions in the Americas

Matthew Harris is a scholar of race and religion in the United States and researches at the intersection of African American religion, Black radical traditions, and the politics of culture. He writes, always, with the aim of recovering histories of struggle to appreciate the theoretical and practical tools they offer to both reimagine the critical study of society and remake our world. His current project, Black Religion Under the Sign of Saturn, is a religious history of how outer space became the place of Black freedom dreams in the twentieth century. He received his BA from the University of California, Los Angeles and MDiv from Princeton Theological Seminary, and his PhD from the Department of Religious Studies at the University of California, Santa Barbara.