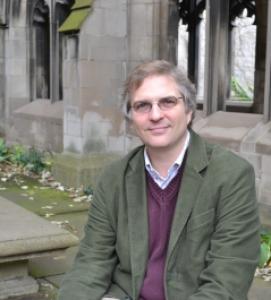 Faculty Associate Professor of the History of Religions; Associate Faculty in South Asian Languages and Civilizations; also in the College

Christian Wedemeyer is an historian of religions whose interests comprehend theory and method in the human sciences, the history of modern scholarship on religion and culture, and issues of history, textuality, and ritual in the Buddhist traditions. Within these very general domains, much of his research has concerned the esoteric (Tantric) Buddhism of India and Tibet. He has written on the modern historiography of Tantric Buddhism; antinomianism in the Indian esoteric traditions; canonicity, textual criticism, and strategies of legitimating authority in classical Tibetan scholasticism; and the semiology of esoteric Buddhist ritual.

His book, Making Sense of Tantric Buddhism: History, Semiology, and Transgression in the Indian Traditions (Columbia University Press, 2012), received the 2013 American Academy of Religion Award for Excellence in the Study of Religion (Historical Studies). Previously, he authored a text-critical study of one of the principal Indian works on esoteric praxis: Āryadeva’s Lamp that Integrates the Practices:(Caryāmelāpakapradīpa) The Gradual Path of Vajrayāna Buddhism according to the Esoteric Community Noble Tradition (critically edited Sanskrit and Tibetan texts, annotated English translation, and study; American Institute of Buddhist Studies, 2007). He has coedited three volumes: Tibetan Buddhist Literature and Praxis: Studies in its Formative Period, 900 – 1400 (Brill 2006, with Ronald M. Davidson), Hermeneutics, Politics, and the History of Religions: The Contested Legacies of Joachim Wach and Mircea Eliade (Oxford 2010, with Wendy Doniger), and In Vimalakīrti’s House: A Festschrift in Honor of Robert A.F. Thurman on the Occasion of his 70th Birthday (AIBS 2015, with John D. Dunne and Thomas F. Yarnall).