Fifty Years after Humanae Vitae, Is Opposition to Birth Control a Lost Cause? 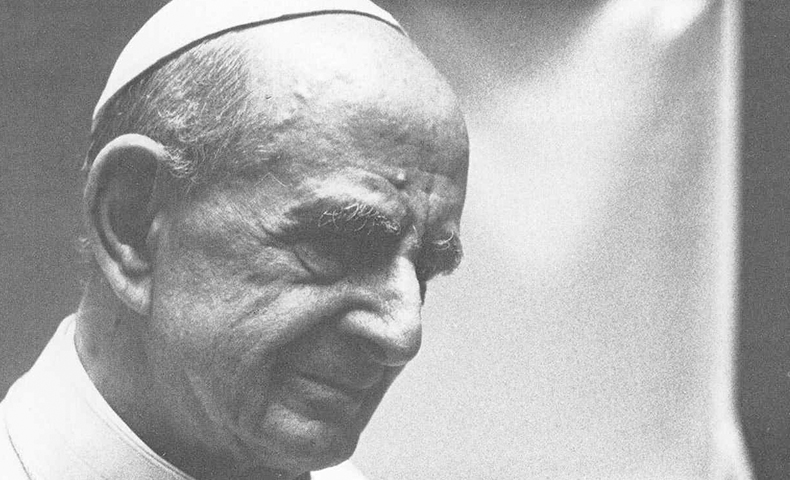 Fifty summers ago, Catholics and their fellow believers and fellow citizens celebrated or fought over the papal condemnation of all-but-“natural” birth control. Now, Catholics and their fellow believers and fellow citizens are paying attention to historical observations in this golden anniversary year. But most Catholics and others who were reminded of the half-century-ago action by Pope Paul VI went about their business as if little of a decisive character happened in 1968. Catholic “pro-life” leaders, to be sure, remain steadfast in celebrating the encyclical, while some leaders of the “pro-choice” cause keep stirring fires and furies on the other side. But reports overall read like the poet’s account of “old, unhappy, far-off things / And battles long ago.”

What happened in the course of five decades that has made the anti-contraception forces lose energy and appeal, even as anti-abortion agencies continue to get a hearing and cause stirs? For one thing, the abortion issue awakens very different conscientious and, in most cases, theological responses than do anti-birth-control endeavors. Until the middle of the twentieth century it was broadly assumed that all Christians, including moderate and conservative (and other), were in the anti-birth-control camp. Then came sudden change.

Permit me one close-up to illustrate. Twenty years before Humanae vitae, I was a pre-ministerial student in an unmistakably conservative church body: the Lutheran Church—Missouri Synod, no less. It was taken for granted then that our professors and synodical leaders all reflexively opposed “artificial” birth control. One morning a notable professor of ethics told our class of one-hundred-plus seminarians that he had experienced change. His wife, an M.D., had confronted him with the question: “Where do you guys get your approach?” He, of course, answered: “The Bible.” She: “Show me where in the Bible birth control is condemned.” He, having never thought about this, checked the Bible and found nothing. In a church body where all formal teachings have to be check-outable in scripture, his opposition crumbled, and in the years to come, he and many of his colleagues lost their zest for “Bible-based” anti-contraception efforts.

When I chatted with colleagues in other Protestant companies, I heard similar stories of personal and ecclesiastical change. Admittedly, Catholicism had and has additional concerns beside the biblical-rootedness of such teachings, but notable Catholic ethicists have also agreed that Paul VI and his theologians did not argue on anything like biblical grounds. At the same time, devout Catholic married couples could not find their own responsible approaches to parenting reflected in Humanae vitae, so they changed. Somewhere between 90 and 98 percent of Catholic couples, when polled, confess to practicing forms of birth control forbidden by official church teaching. Within the larger public, statistics are similar for this “lost cause.”

Thoughtful and conscientious Catholic married couples find many theological and political arguments against “the pill” and other contraceptives, and do not lack journals which minister to them. Nothing in our Sightings this summer is motivated by a desire to criticize them for bad faith; we can applaud those, Catholic or Protestant or other, who keep on raising important issues and calling for support. Pope Paul VI famously foresaw three huge corollary disasters that would follow from societal acceptance of contraception. Some of his champions today find every sign of moral chaos or ethical decline to be a result of society’s rejection or neglect of this encyclical. Whether or not any of these are appropriately attributed may be argued in the months ahead during this anniversary year. For now, however, the fires of 1968 are banked, the furies slowed, and we will watch for fresh approaches to sexual and marital issues where the arguments of 1968 no longer serve well.