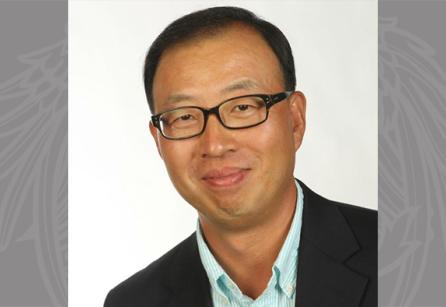 The Divinity School is pleased to announce a public lecture by Paul Lim: Reimagining Racial and Religious ‘Others’ in Salamanca, Geneva, and London: Politics of the Imago Dei in Early Modernities.

The lecture will be held on Thursday, January 26, 5:00pm, Swift Hall Common Room

Who is my neighbor? What obligations, if any, do I have toward my neighbor? These two have remained key questions for communal and ethical pursuit of human flourishing throughout history, whether asked in first-century Judaea or in twenty-first century Hyde Park. The historical consequences of the theology of the Imago Dei – that all human persons have the image of God within – have not always led to loving of one’s neighbor or desiring their flourishing. This talk will highlight three case studies from the early modern period: Salamanca, Geneva, and London.

Concerns and questions surrounding the nature, boundary, and limits of one’s neighbor, especially those deemed to be racially and religiously ‘Other’ will invite us to rethink the correlative nature of theology and politics, whether in the case of the Salamanca theologians, and John Calvin in the sixteenth-century, or the late seventeenth-century playwright, Aphra Behn. This presentation will re-examine the historiographical lenses through which various religious reforms have been viewed in this emerging Age of Empires and Reformations.

After earning his degrees from Yale (BA); Princeton Seminary (ThM); and Cambridge (PhD), he has taught at Gordon-Conwell and at Vanderbilt. Lim is author and editor of three books: In Pursuit of Purity, Unity, and Liberty: Richard Baxter’s Puritan Ecclesiology in Its Seventeenth-century Context (Brill, 2004); The Cambridge Companion to Puritanism (Cambridge, 2008), co-editor with John Coffey; and Mystery Unveiled: The Crisis of the Trinity in Early Modern England (Oxford, 2012), which received the 2013 Roland H. Bainton Prize as the best book in history/theology.

Currently, he is working on two monograph projects: The Forgotten God? Jesus Christ in Enlightenment England, which traces the various christological polemics and debates between 1650-1750, and Reformation, Rites, Rights, and Race, which offers an interrelated and complex narrative of the emergence of modern notions of rights, rites, and racialized identities and politics all within the context of “reformation” exchange of ideas and ideals.