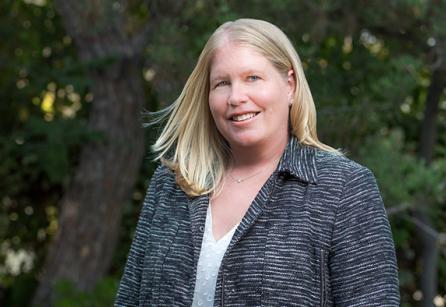 The Divinity School is pleased to announce the appointment of Brie Loskota as the Executive Director of the Martin Marty Center for the Public Understanding of Religion. Ms. Loskota, who is currently the Executive Director of the Center for Religion and Civic Culture at the University of Southern California, brings us deep and broad experience in building strong organizations and networks; expertise in advising foundations, governments, and the media; and a research agenda which explores how religions change and make change in the world.

Over the course of her twenty-year career Ms. Loskota has sought to enhance religious pluralism and community resilience across a broad range of faith communities.  She is the co-founder and senior advisor to the American Muslim Civic Leadership Institute, and an implementing partner for the United State Institute of Peace’s (USIP) Generation Change program, where she trains emerging leaders from the Middle East, Africa, Asia, and Colombia.  She is the co-creator of the Disasters and Religions religious literacy and competency app, which helps disaster responders better serve America’s diverse religious communities and build partnerships with religious leaders. She was instrumental in the founding and development of the Cecil Murray Center for Community Engagement at USC which promotes civic engagement and economic development in Black and Brown churches.

As a widely published writer, her work has appeared in a range of publications from the Los Angeles Times to the Brookings Institute.  She is regularly quoted in the media including in the The Economist, National Public Radio, The Washington Post, The New York Times, Public Broadcasting, and Voice of America.

In 2017, Ms. Loskota was named a Young Global Leader by the World Economic Forum. She was a Marshall Memorial fellow, an Inclusive America Project fellow at the Aspen Institute, a Truman National Security fellow, and a fellow at the Safe Communities Institute at USC.  She is a member of the Pacific Council on International Policy, was a term member of the Council on Foreign Relations, and serves on the CFR Religion Advisory Committee.  In 2019, she was elected to the Society for the Scientific Study of Religion’s Council and chairs SSSR’s communications committee.