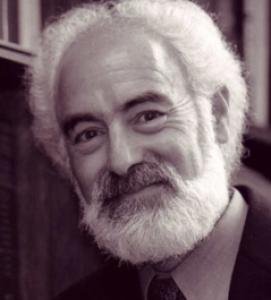 Michael Fishbane was trained in Semitic languages, biblical studies, and Judaica. His writings span from the ancient Near East and biblical studies to rabbinics, the history of Jewish interpretation, Jewish mysticism, and modern Jewish thought. Among his many books are Text and Texture; Biblical Interpretation in Ancient Israel; Garments of Torah; The Kiss of God; and The Exegetical Imagination: On Jewish Thought and Theology. Both Biblical Interpretation in Ancient Israel and The Kiss of God won The National Jewish Book Award in scholarship. His commentary on the prophetic lectionary (Haftarot) in Judaism was published in 2002 (Jewish Publication Society Bible Commentary), and his book Biblical Myth and Rabbinic Mythmaking was published in 2003 (Oxford University Press).  Sacred Attunement: A Jewish Theology, was published in fall 2008 by the University of Chicago Press. In 2015, Fishbane published a multileveled comprehensive commentary presenting the full range of Jewish interpretations on the Song of Songs (Jewish Publication Society).   In that year,  volume on him and his work appeared as part of the Library of Contemporary Jewish Philosophers, entitled Michael Fishbane. Jewish Hermeneutical Theology. He is presently working on the poetics of Jewish liturgical poetry and topics in Hasidic mystical theology. Professor Fishbane received a Guggenheim Fellowship, among other major grants, and has twice been a fellow of the Institute for Advanced Studies at Hebrew University.  He is a member of the American Academy of Jewish Research, and was awarded a Lifetime Achievement Award in Textual Studies by the National Foundation of Jewish Culture. An entry on him and his work appears in the new edition of the Encyclopedia Judaica.  Fishbane is a fellow of the American Academy of Arts and Sciences