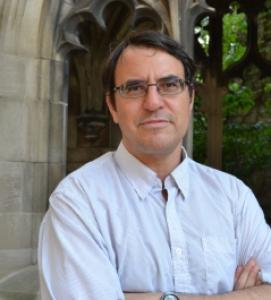 Ziporyn is the author of Evil And/Or/As the Good: Omnicentric Holism, Intersubjectivity and Value Paradox in Tiantai Buddhist Thought(Harvard, 2000), The Penumbra Unbound: The Neo-Taoist Philosophy of Guo Xiang (SUNY Press, 2003), Being and Ambiguity: Philosophical Experiments With Tiantai Buddhism (Open Court, 2004); Zhuangzi: The Essential Writings with Selections from Traditional Commentaries(Hackett, 2009); Ironies of Oneness and Difference: Coherence in Early Chinese Thought; Prolegomena to the Study of Li (SUNY Press, 2012); and Beyond Oneness and Difference: Li and Coherence in Chinese Buddhist Thought and its Antecedents (SUNY Press, 2013).  His seventh book, Emptiness and Omnipresence: An Essential Introduction to Tiantai Buddhism, was published by Indiana University Press in 2016.   He is currently working on a cross-cultural inquiry into the themes of death, time and perception, tentatively entitled Against Being Here Now, as well as a book-length exposition of atheism as a form of religious and mystical experience in the intellectual histories of Europe, India and China.   Zhuangzi: The Complete Writings, translated and with introduction and notes by Brook Ziporyn was published by Hackett in 2020, and his translation of the Daodejing will be published by Liveright Books and the Norton Library in 2022.