Of Music and Martyrdom

Editor's Note: This is the fourth issue in our ongoing series of essays on religion and music

Editor's Note: This is the fourth issue in our ongoing series of essays on religion and music. For the previous installments, see Paul DeCamp, "The Broken Grace of Leonard Cohen"; Julian "J.Kwest" DeShazier, "Being Hip-Hop, Being Job, and Being"; and Kenneth Womack, "'No One Was Saved': The Beatles and Organized Religion." 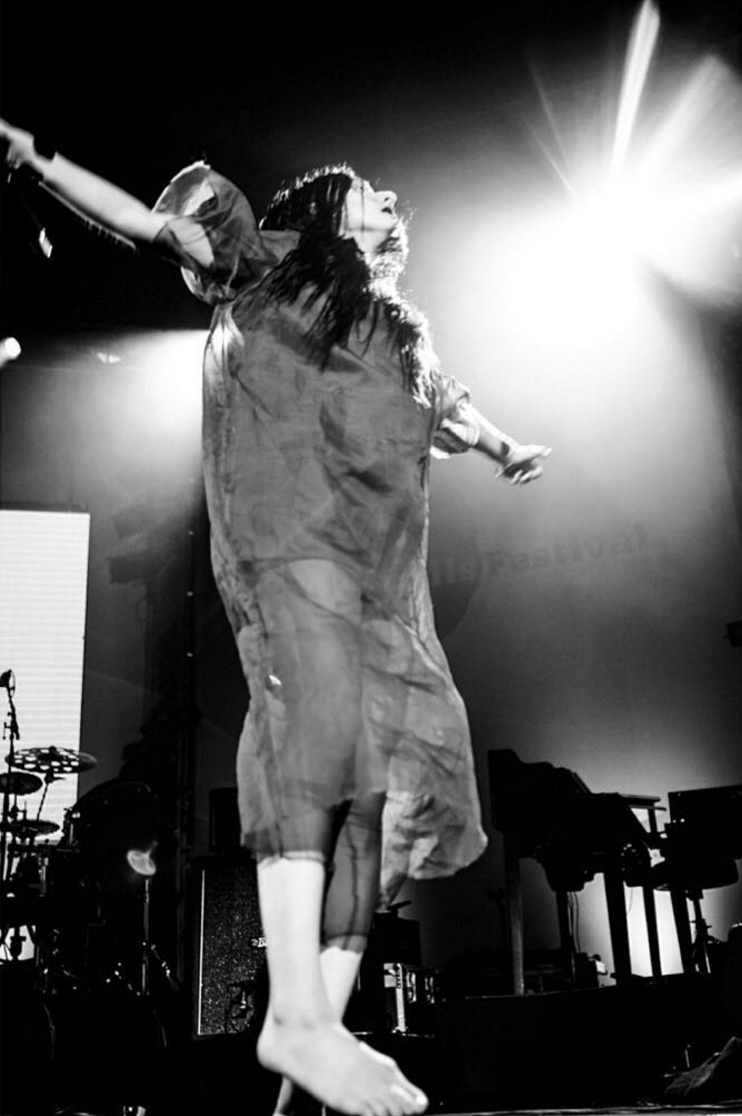 One of the most common questions I get asked about my musical project is to explain the name Zola Jesus. My usual response is “Émile Zola + Jesus Christ = Zola Jesus.” Simple. But, why?

It was a name I created when I was 14, after discovering Émile Zola at a bookstore. A bit of a teenage punk, I asked people in my high school class to call me Zola Jesus. No one did, of course.

More than 10 years later, the name has stuck. I’m five albums in and it’s a little too late to change. Maybe I’ve felt a tinge of remorse over choosing such a divine and divisive name, but it’s unique and it serves a purpose. So be it.

Why Jesus, though? I’m often prompted with curiosity about my religion. People ask me if I’m religious. No, actually, I’m an atheist. But there’s something about this name, Jesus, that strikes me. It’s more than a name. The word “Jesus” carries a weight so thick and sacred, some people are hesitant even to say it out loud. I liked forcing the name Jesus through people’s mouths in an alternative, atheistic context. It rips the rug out from under it, and reclaims the name as something of my own.

Growing up in a small town in rural Wisconsin, Jesus was a big deal. I was surrounded by Christians who took his name and legacy very seriously. He never had that power over me. Since I was a child, I felt like I was on the outside. I tried to understand, but nothing about his story made sense.

Regardless, there is a part of me that yearns for the sanctity of religion. I envy how it can offer answers and respite from the unavoidable existential grief we all face in our lives. While religion has never felt like an option for me, I still struggle with those same questions. But instead of God, Jesus, or Muhammad, I have music.

In place of prayer, I have songs. My songs work like mantras: cathartic pleas for change, understanding, and enlightenment. Each song is an attempt to cleanse myself, to become reborn, to win the worthiness of being alive. The issues in my songs are often existential in nature. I have an obsession with understanding humanity and our place here. I believe the louder I scream my confusion, the clearer an answer will come into view. I try to make peace with the unknown, but these questions fester inside of me.

In reflection, I realize how much of my music, in both writing and performance, echoes an atheistic version of martyrdom. I yearn to find transcendence in suffering, much like a hermetic monk. How much can I bruise myself on stage to communicate this music? How hard can I scream these words before my voice gives out? How can I make this experience so unbearable and physically uncomfortable, that I feel I’ve paid my dues to the world? How much do I have to sacrifice to prove that I am worthy? That I am clean? I use my music desperately, as a tool to transform, to be stripped and gutted from the inside out like a living diorama of the human experience.

I am insistent on pushing painfully into new directions. If it feels wrong it must be right, because there’s truth in discomfort. There’s growth in destruction. It’s the same in Buddhism and in the masochism of Christianity—we all lean into pain, as pain is the path to transcendence. There’s no God or higher being who will deliver this total understanding to me, so I have a corporeal duty to find it myself. Jesus Christ may not be my savior, but making music as Zola Jesus is.

Photo Credit: Rafaella Bachmann
Sightings is edited by Brett Colasacco, a PhD candidate in Religion, Literature, and Visual Culture at the University of Chicago Divinity School. Subscribe here to receive Sightings in your inbox twice a week. You can also follow us on Facebook and Twitter.

See All Articles by Zola Jesus