The American Politics of Coptic Martyrdom

The day before the Capitol insurrection, Trump truther and conservative Christian author Eric Metaxas tweeted an image of the 21 martyrs of Libya with the caption, “What price are you willing to pay for what you believe in?” Many commentators to the tweet—both Coptic and non-Coptic—were appalled by Metaxas’ implicit assertion that the refusal to accept the election results (and, presumably, the following day’s assault on the Capitol) was a similar form of Christian witness to that of the 21, who were beheaded on the shores of Libya in February 2015 by Islamic State affiliates.

While the false equivalence stirred the ire of many, Metaxas’s instrumentalization of Coptic martyrdom is no outlier in the Christian persecution industry of American politics. In this economy of blood, American conservative imaginaries of martyrdom have remapped Coptic collective memory of persecution from indigenous belonging to geopolitical artifact. Yet, this economy is not a one-way street; while American conservative Christianity exploits Eastern Christian bodies and blood, American Copts also benefit from this economy. While progressive and liberal forces in US politics may assume that Democrats are the natural allies of minority groups like the Copts (and other Middle Eastern Christians for that matter), this assumption evades the prominence of conservative politics within such communities in the US. Many Coptic immigrants supported, and continue to support, Trump and Trumpian politics because of their experience as immigrants, not in spite of it. 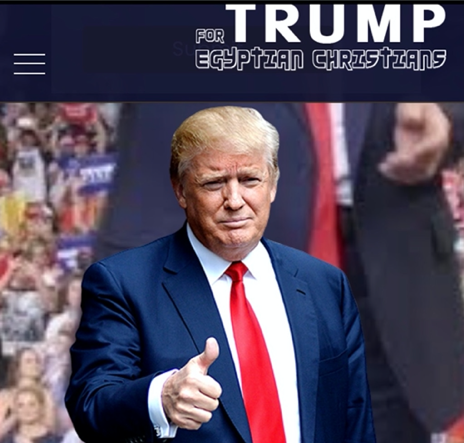 The economy of blood I describe takes place through a double movement. In one movement of this economy, the suffering of Copts in Egypt and elsewhere is utilized by conservative American Christians as a parallel to their own imagined persecution within an ever-secularizing society (a parallel to which many Copts between Egypt and the US also assent). In another movement, American Copts, of many different social classes, are also racialized within US society as Middle Eastern/Arab/Muslim non-white others. This double movement shapes the racial-religious belonging of Coptic Christian politics in the United States, as well as the processes of communal formation and potential solidarities with other minority communities. As other scholars have asserted, support for Trump and American conservative politics more broadly is connected to whiteness, as a component of Christian nationalism. In this view, whiteness is a perspective of socio-political power, where belonging is produced through narratives of persecution and powerlessness. The Christianity of the Copts, while theologically heretical in the eyes of many evangelicals and their ecumenical counterparts, nevertheless grants them entry into white power, insomuch as Coptic difference does not conflict with the majoritarian values of the Christian Right. Only then are Copts full members of the Body of Christ within the racial-religious landscape of conservative Christian America. While commentators on the Capitol insurrection point to the whiteness of the rioters and that the racial divide within American Christianity was on display, this simple narrative does little to unpack why Coptic social media commentators gravitated to the debunked claims that the insurrectionists were “just BLM and Antifa undercover,” or argued that—regardless of the violence perpetrated—the protestors were still justified.

When Trump famously said to an audience on the 2016 campaign trail that “Christianity will have power,” he spoke to the desires of many Coptic immigrants to the United States. After liturgy in Jersey City one afternoon in 2020, I visited the home of a Coptic family for lunch. The father immigrated to the US through the Green Card Lottery in the late 1990s, and later brought his wife. Both were virulent supporters of Trump’s reelection campaign. One of their central concerns was the place of Islam in American society. Speaking of Egyptian Muslim immigrants to the US, the father noted: “They want America to be Islamic!” Similarly, the day after the insurrection, an American Coptic man who immigrated to the US in the 1960s posted the following on Facebook: “When they re-open the border and re-start immigration that was closed under Trump, will more Middle Eastern Christians come to the US or will you find more Muslim Brotherhood members and Salafis with beards and hijabs filling our streets? Trump understood this. Obama and Biden do not.”

As a minority Christian community in Egypt that has experienced systemic discrimination and waves of violence, concern over Muslims and Islam travels with many Coptic migrants across the Atlantic, often translating into a proclivity toward a strong man like Trump. The Christianity of the Copts connects them to the Christian Right in the US, and Coptic experiences of discrimination in a Muslim majority society has positioned them as witnesses to the dangers of Muslim immigration to the US, leading many of my interlocutors to support Trump's Muslim ban.

American Coptic support for Trump is unique in its particular connectedness to Coptic experiences in Egypt. Yet, it is also not dissimilar to other minority communities who also supported Trump and his policies. The economy of blood extends kinship from American Christians to Coptic Christians. Despite racial difference from white America, American Copts also overwhelmingly see their ties to the Christian Right in terms of kinship and blood rather than racial difference. Copts are a racial minority in the United States, but they are also part of the Christian majority. As a Middle Eastern Christian immigrant community, American Copts have contended with their lack of power in numbers and have sought allies among conservative forces on the Right.

Coptic martyrdom in Egypt is utilized by American Christian conservatives in imagining themselves as victims in a global Christian persecution, and places American Copts into a relation with them; a kinship forged through spilt blood. Yet in other contexts of everyday life in the United States, American Copts are varyingly otherized. After a New Jersey gas station owned by a Copt was raided by the FBI shortly after 9/11 on suspicion of connection with the hijackers, the owner remarked, “Middle Eastern people, we all look alike, you know what I mean.” The economy of blood requires a multi-scalar approach to analyzing how American conservative Christianity religiously includes Middle Eastern Christian others and how U.S. empire racially excludes them. The ways American Copts inhabit such a formation is important for understanding the binds they face as Middle Eastern, as immigrants, and as Christians in the contemporary United States. 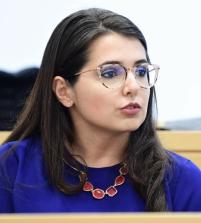 Author, Candace Lukasik, is a postdoctoral research associate at the John C. Danforth Center on Religion and Politics at Washington University in St. Louis. She is a sociocultural anthropologist of religion, race, and migration and specializes in Middle Eastern Christianity, U.S. geopolitics, and global Muslim-Christian relations. You can learn more about her work here.

See All Articles by Candace Lukasik