An Evening with Rebecca Davis 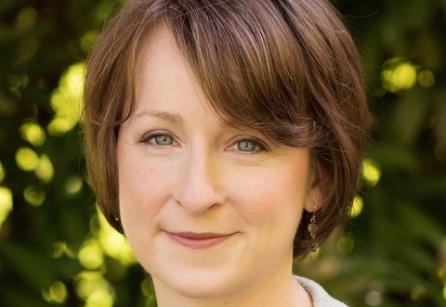 Join us for an online evening with author and scholar Rebecca Davis joined in conversation by William Schultz, Assistant Professor at The Divinity School and a historian of American Religion. This event will be livestreamed and recorded for future viewing.

The new faiths of notable figures including Clare Boothe Luce, Whittaker Chambers, Sammy Davis Jr., Marilyn Monroe, Muhammad Ali, Chuck Colson, and others riveted the American public in the decades after World War II. Unconventional religious choices charted new ways of declaring an “authentic” identity amid escalating Cold War fears of brainwashing and coercion. They additionally provoked wide-ranging conversations about sexual normalcy, racial imposture, and the very nature of identity. Facing pressure to celebrate a specific vision of Americanism, these religious converts variously attracted and repelled members of the American public. Whether the act of changing religions was viewed as selfish, reckless, or even unpatriotic, it provoked controversies that ultimately transformed American politics.

Rebecca L. Davis is the Miller Family Endowed Early Career Professor of History at the University of Delaware, where she holds a joint appointment in the Department of Women and Gender Studies. Her research focuses on the intersecting histories of sexuality, religion, and twentieth-century American culture. She is co-editor of Heterosexual Histories and the author of two other books: More Perfect Unions: The American Search for Marital Bliss, and Public Confessions: The Religious Conversions that Changed American Politics.

This program is sponsored by The Martin Marty Center for the Public Understanding of Religion, the Undergraduate Program in Religious Studies, and The Center for the Study of Gender and Sexuality.