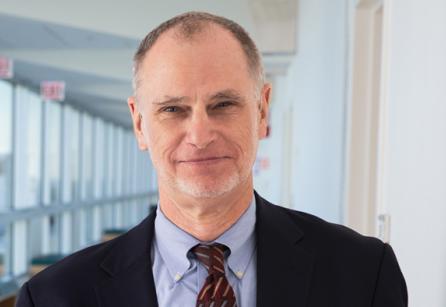 Dr. Fitchett will deliver his Alumnus of the Year address, entitled “Transforming Chaplaincy: Developing Evidence-Based Spiritual Care” on Thursday, April 7th, 2022, at 4:30pm, in Swift Lecture Hall. A livestream of the event will also be available.

Professor and Director of Research in the Department of Religion, Health, and Human Values at Rush University Medical Center, Dr. Fitchett has played a central role in pioneering research in and locating chaplaincy as an evidence-based field. An expert on spiritual assessment whose research examines the relationship between religion and health in diverse clinical and community populations, Dr. Fitchett is the field’s pre-eminent leader in developing a research-informed approach to chaplaincy.

Dr. Fitchett received his Master of Theology in 1970 and his Doctor of Ministry degree in 1974. He received his PhD, in Epidemiology, in 2007 from The School of Public Health at The University of Illinois at Chicago and was awarded an Honorary Doctorate from the University for Humanistic Studies in The Netherlands in 2019. He has been a certified chaplain (Association of Professional Chaplains) and chaplain supervisor (Association for Clinical Pastoral Education) for over 35 years.

The author or editor of several important works focusing on healthcare chaplaincy and spiritual care, Dr. Fitchett is also the author or coauthor of more than 100 scholarly articles and book chapters. His book on spiritual assessment, Assessing Spiritual Needs (1993) is widely used in academic and clinic training programs around the world. His most recent work, Evidence-Based Healthcare Chaplaincy: A Research Reader (Jessica Kingsley Publishers), of which he was a coeditor, was published in 2018. In 2021 Transforming Chaplaincy: The George Fitchett Reader was published, bringing together some of Dr. Fitchett’s most important spiritual care research.

The first chaplain to receive a Career Development Award from the NIH, Dr. Fitchett has been one of the Principal Investigators for a recently completed 5-year, NIH-funded clinic trial regarding Dignity Therapy (believed to be one of the first times the NIH has funded a study that included chaplaincy care). Supported by grants of $4.5M from the John Templeton Foundation, in 2015 he co-founded Transforming Chaplaincy, a program to advance spiritual care research and chaplain research literacy.

“Dr. Fitchett’s achievements in his field, and his contributions to professional chaplaincy, are profound, with far-reaching implications.” said James Theodore Robinson, Interim Dean of the Divinity School, of the award. “His career, in which rigorous inquiry engages and informs practice, greatly embodies the values of The Divinity School.”

Dr. Fitchett will deliver his Alumnus of the Year address, entitled “Transforming Chaplaincy: Developing Evidence-Based Spiritual Care” on Thursday, April 7th, 2022, at 4:30pm, in Swift Lecture Hall. A livestream of the event will also be available.