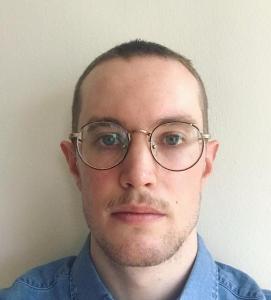 My dissertation, “The Rest is Literature: Midrash and the Institution of ‘Theory’ in America,” offers a new intellectual history of an oft-forgotten (but, I argue, nevertheless decisive) moment in the development of literary studies and Jewish studies in American universities—the interdisciplinary encounter between rabbinics and literary theory, which the rabbinicist David Stern has nicknamed “the midrash-theory connection.” I read the archive of the midrash-theory connection as a crucial site for exposing and critiquing the unresolved complicity of the category “literature” and the discipline of literary studies with a putatively value-neutral and inclusive, yet historically and effectively Christian, notion of secularity. While my primary sources are works of literary theory and rabbinics scholarship, methodologically the project draws on the past few decades’ reappraisals of the religious/secular binary by scholars of religion such as Talal Asad, Gil Anidjar, Robert Orsi, and Tracy Fessenden.

My central claim is that literary studies, whose practitioners tend to conceive of themselves as not implicated in questions of religion, cannot be conceptually or historically separated from religion, and that the very belief that it can is itself a product of the occluded Christian genealogy of the category “literature.” For that reason, I’ve spent much of the past few years trying to address an audience of literary scholars. However, I am equally a scholar of religion, and the Martin Marty Center has afforded me the opportunity to refine my work so that it speaks as well to an audience of readers invested in the study of religion, but not necessarily of literature. The conversations I have in the Marty Fellows’ Seminar with colleagues working on an amazing variety of topics related to religion challenge me to be more rigorous, but also more ambitious about the potential impact of my ideas.