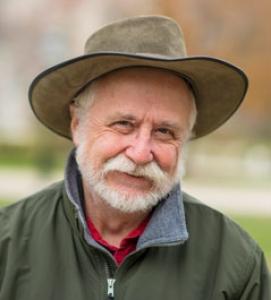 Faculty John Henry Barrows Professor Emeritus of Islamic History and Literature; also in the Department of Comparative Literature and the College

Michael Sells studies and teaches in the areas of qur'anic studies; Sufism; Arabic and Islamic love poetry; mystical literature (Greek, Islamic, Christian, and Jewish); and religion and violence. His work on the Qur’an includes Approaching the Qur'an: The Early Revelations (2007) and Qur’anic Studies Today (2016), which he coedited and to which he contributed. He has published three volumes on Arabic poetry: Desert Tracings: Six Classic Arabian Odes (1989), which focuses upon the pre-Islamic period; Stations of Desire (2000), and Bewildered (2018), both of which focus upon the love poetry of Ibn `Arabi; and The Cambridge History of Arabic Literature, Al-Andalus (2000), which he coedited and to which he contributed. His books on mysticism include Early Islamic Mysticism (1996), translations and commentaries on influential mystical passages from the Qur'an, hadith, Arabic poetry, and early Sufi writings; and Mystical Languages of Unsaying (1994), an examination of apophatic language, with special attention to Plotinus, John the Scot, Ibn `Arabi, Meister Eckhart, and Marguerite Porete. His work on religion and violence includes: The Bridge Betrayed: Religion and Genocide in Bosnia (1996); The New Crusades: Constructing the Muslim Enemy (2004), which he coedited and to which he contributed; "'Armageddon' in Christian, Sunni, and Shia traditions," in the Oxford Handbook of Religion and Violence (2012); "Finhas of Medina: Islam, 'the Jews', and the Construction of Militancy," in Fighting Words: Religion, Violence, and the Interpretation of Sacred Texts, ed. John Renard (2012); and “Holocaust Abuse: The Case of Muhammad Hajj Amin al-Husayni,” in the Journal of Religious Ethics (2015).